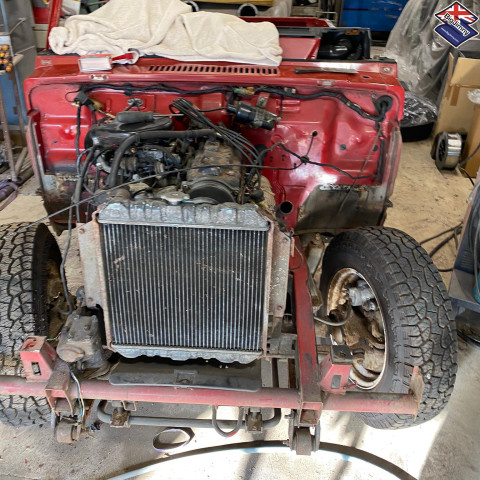 With the bolts in full retreat, Winchfield Engineering had a first look at the body panels. 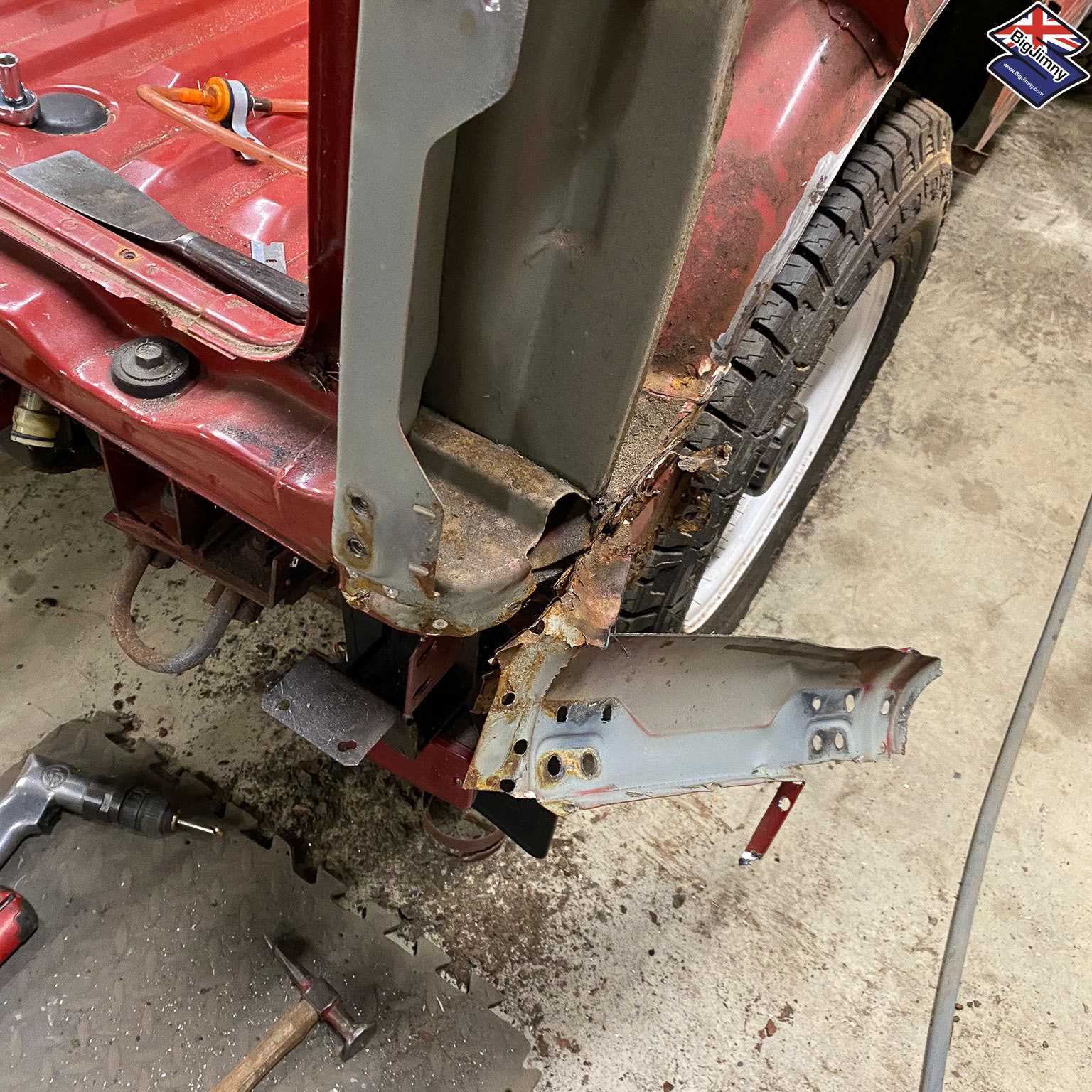 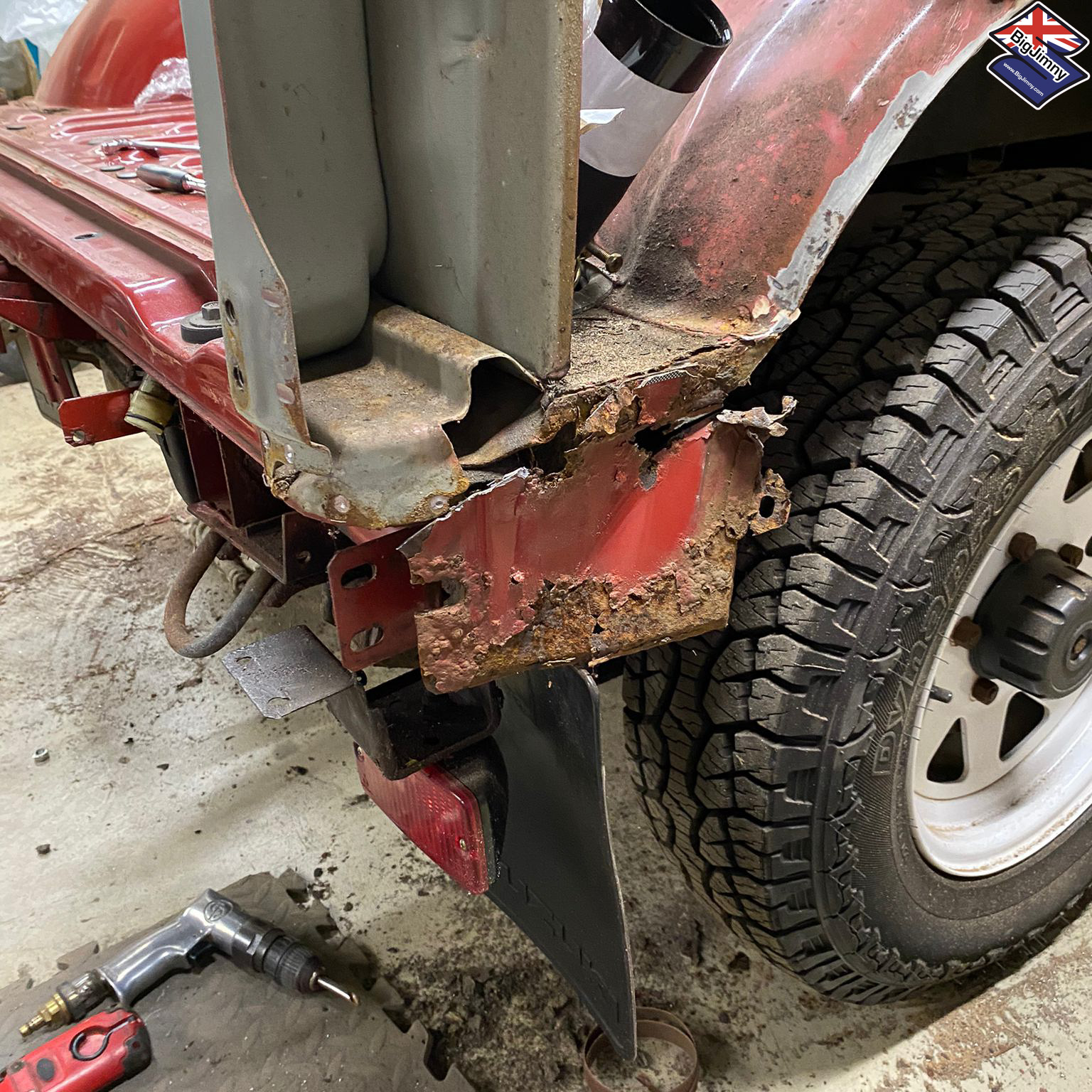 Around the rear, with the wing panels and taligate removed, some more rust became visible.

This is behind the panel, so can be fixed with some fabrication rather than a replacement panel.

It looks worse than it is really, it should clean up fairly easily. 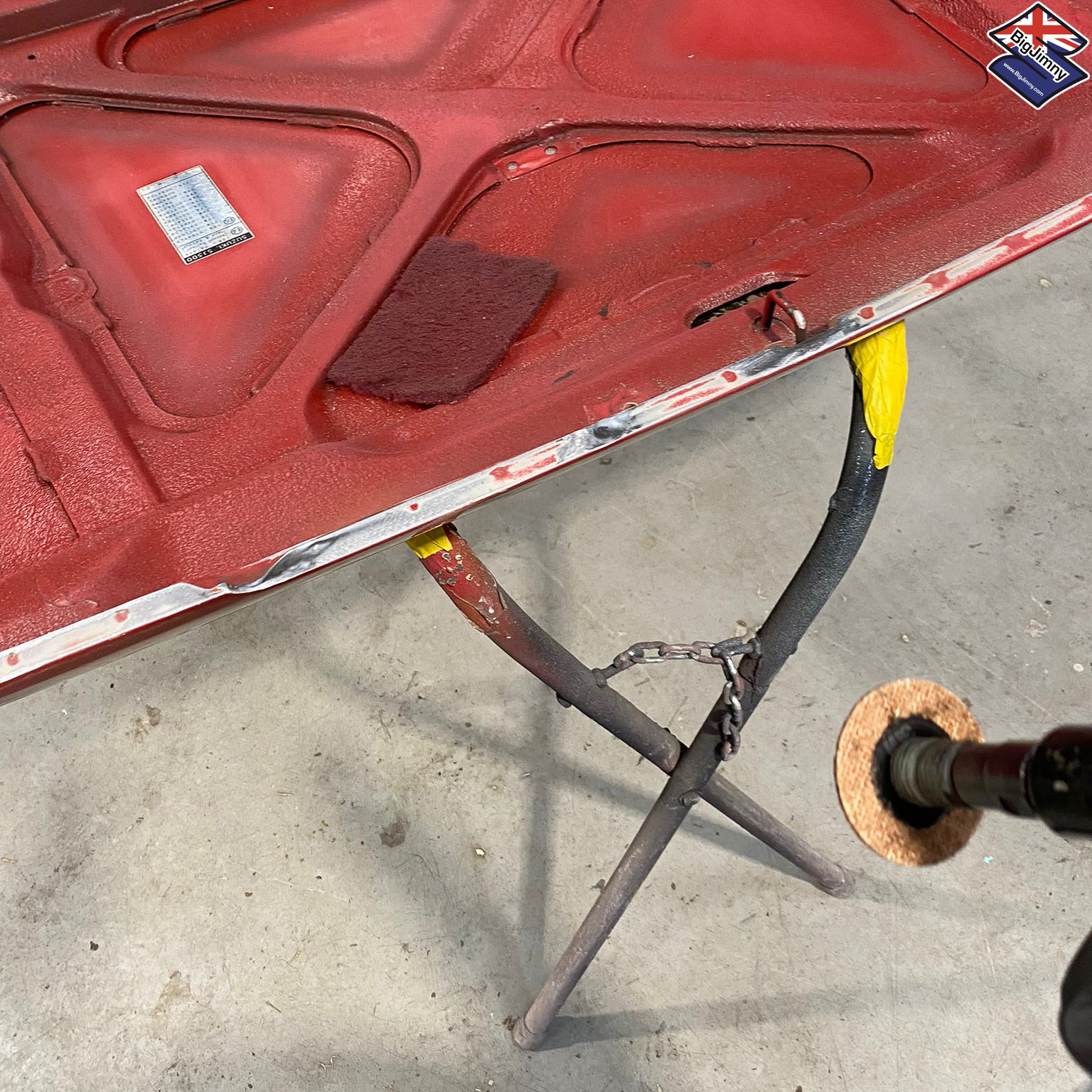 Panel wise, they took a quick look at the bonnet.

This needs to be taken back to the metal and any dents and uneveness removed. 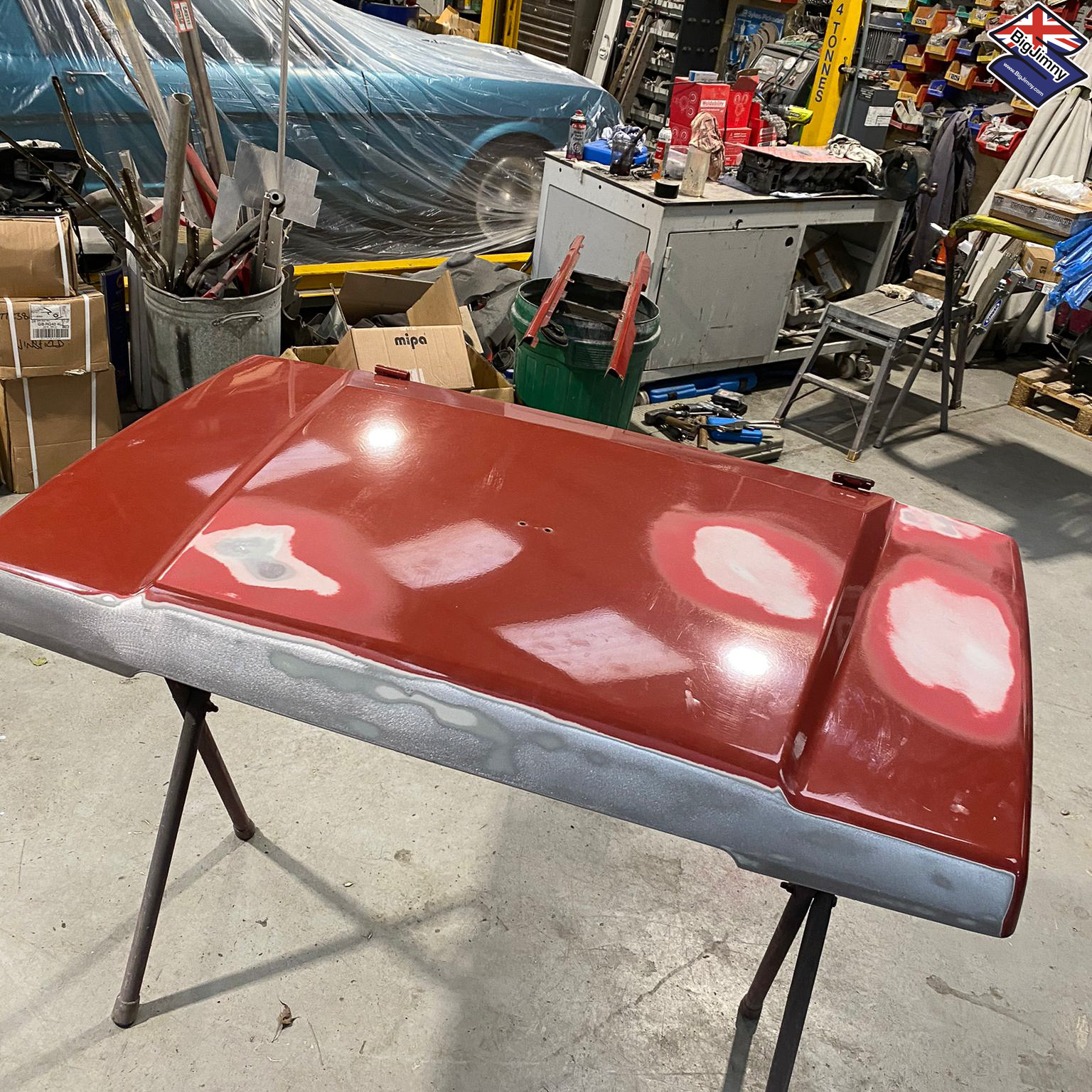 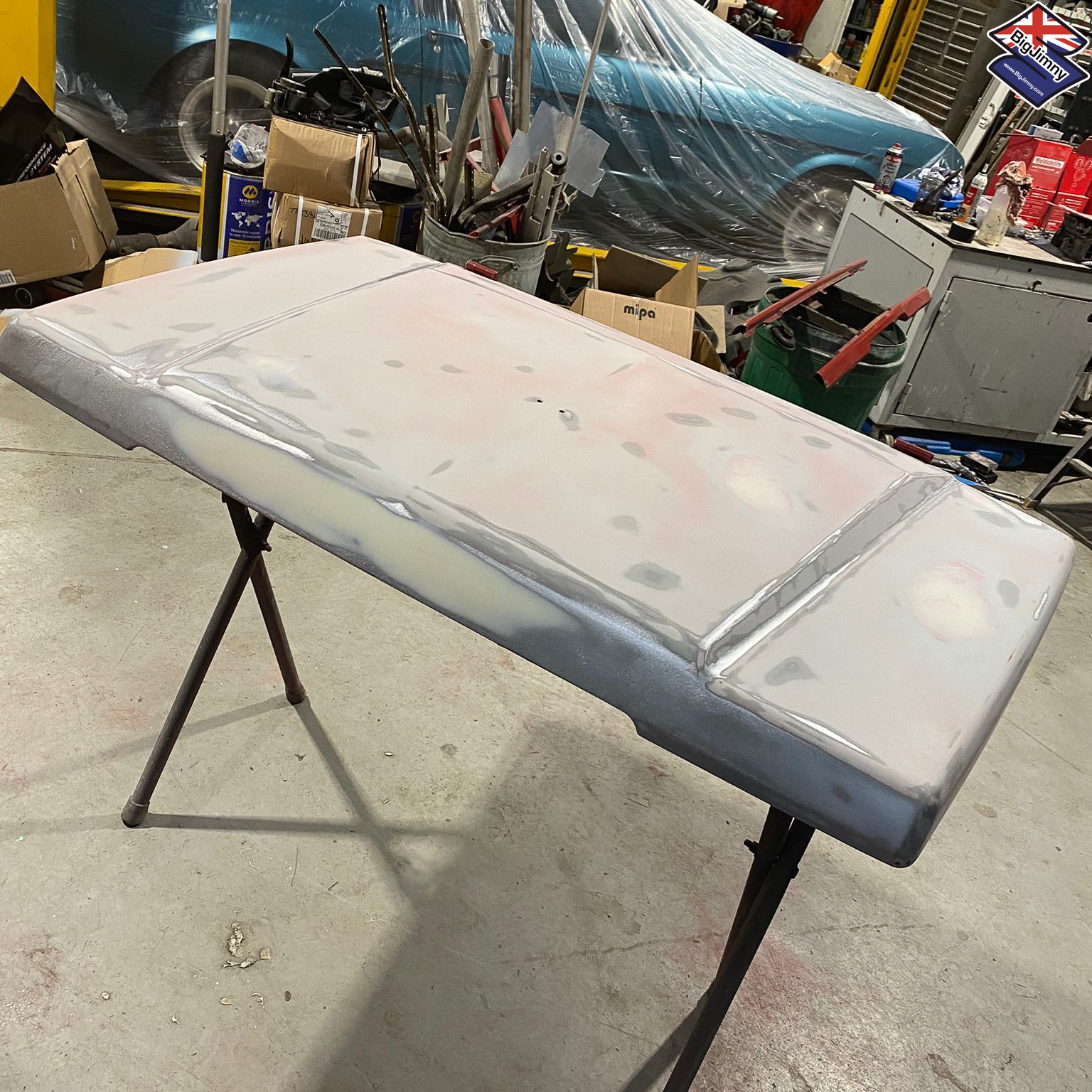 Finally the bonnet is back to bare metal.

They also started to look at the tail gate. SJ tail gates tend to have a lot of imperfections in them from the spot welds and the panel moving with the spare wheel weight, We were asked whether we wanted to retain the spot weld marks as "character" but in the end we decided to have it transformed to a full flat surface so James can maximise the shine in the future.

The tailgate was also sporting a dent which has started to see some attention from the dolly and hammer. 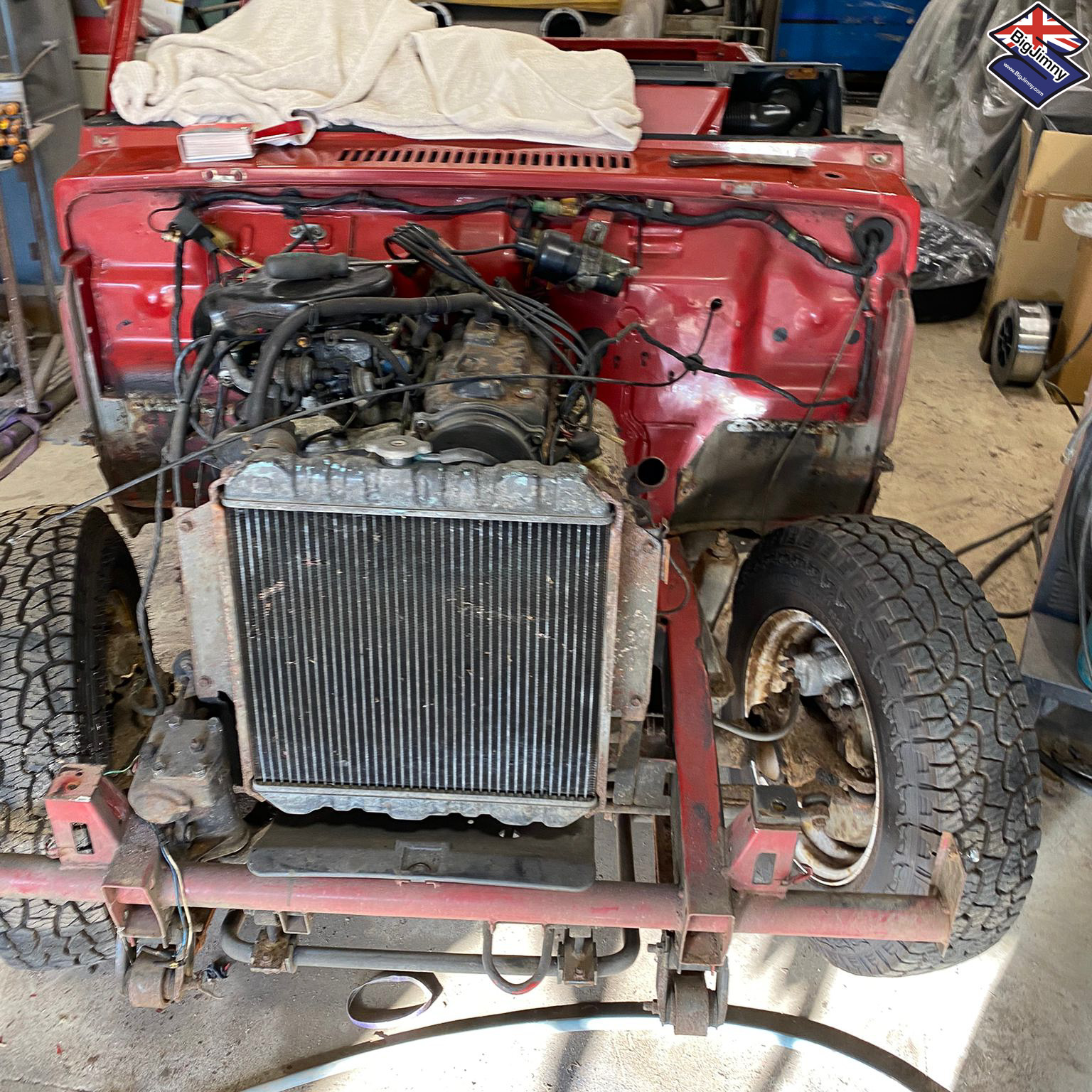 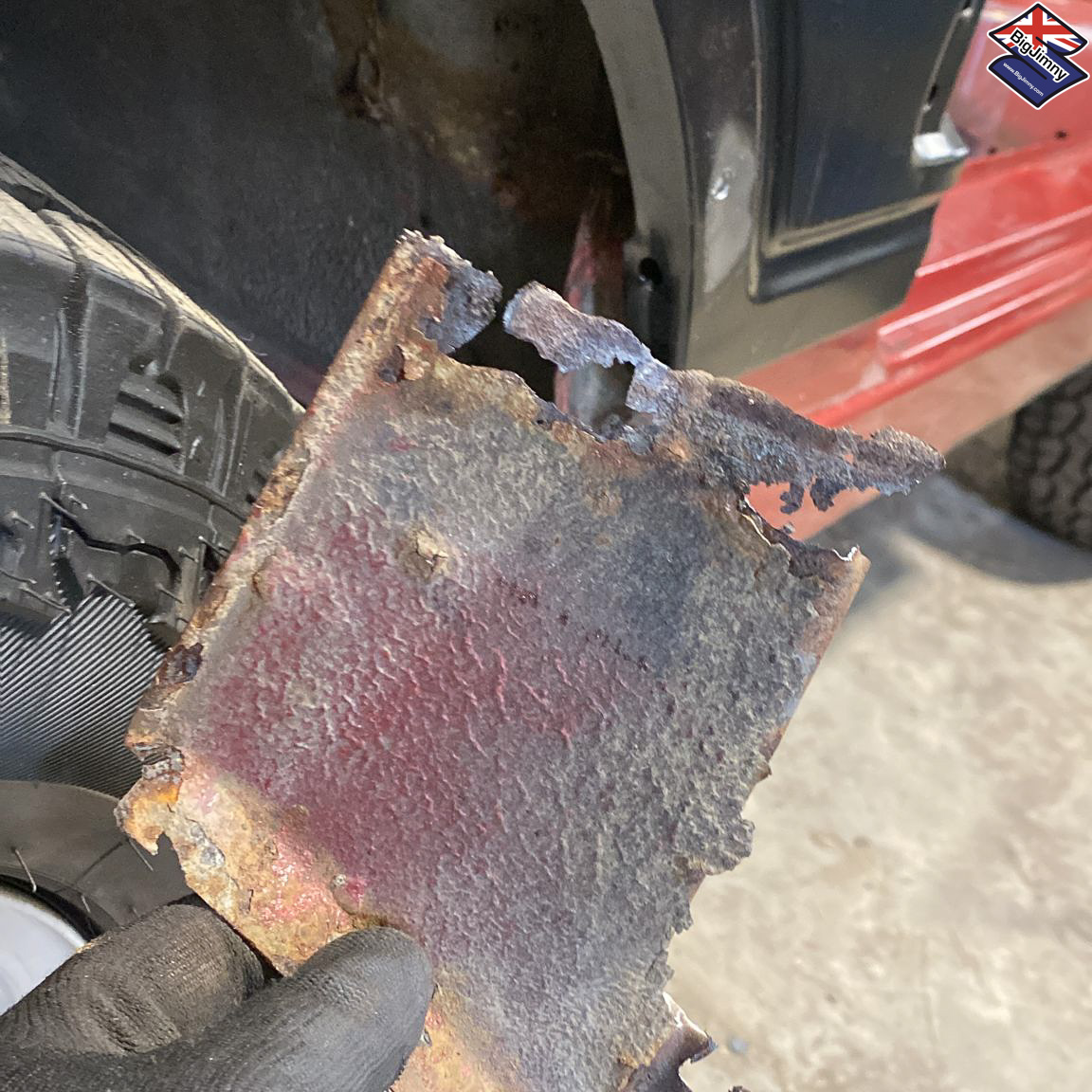 Up front, on the inner wing there is a "Fender protector" which is a piece of metal welded under the wing. These were inevitably completely rusted away, so there is a new set on its way.