Here are some more pictures from the real week of work. The strip down continued around the SJ, removing all the panels that  could be removed with simple tools. The remaining panels need some more extreme removal techniques to undo the corroded bolts. 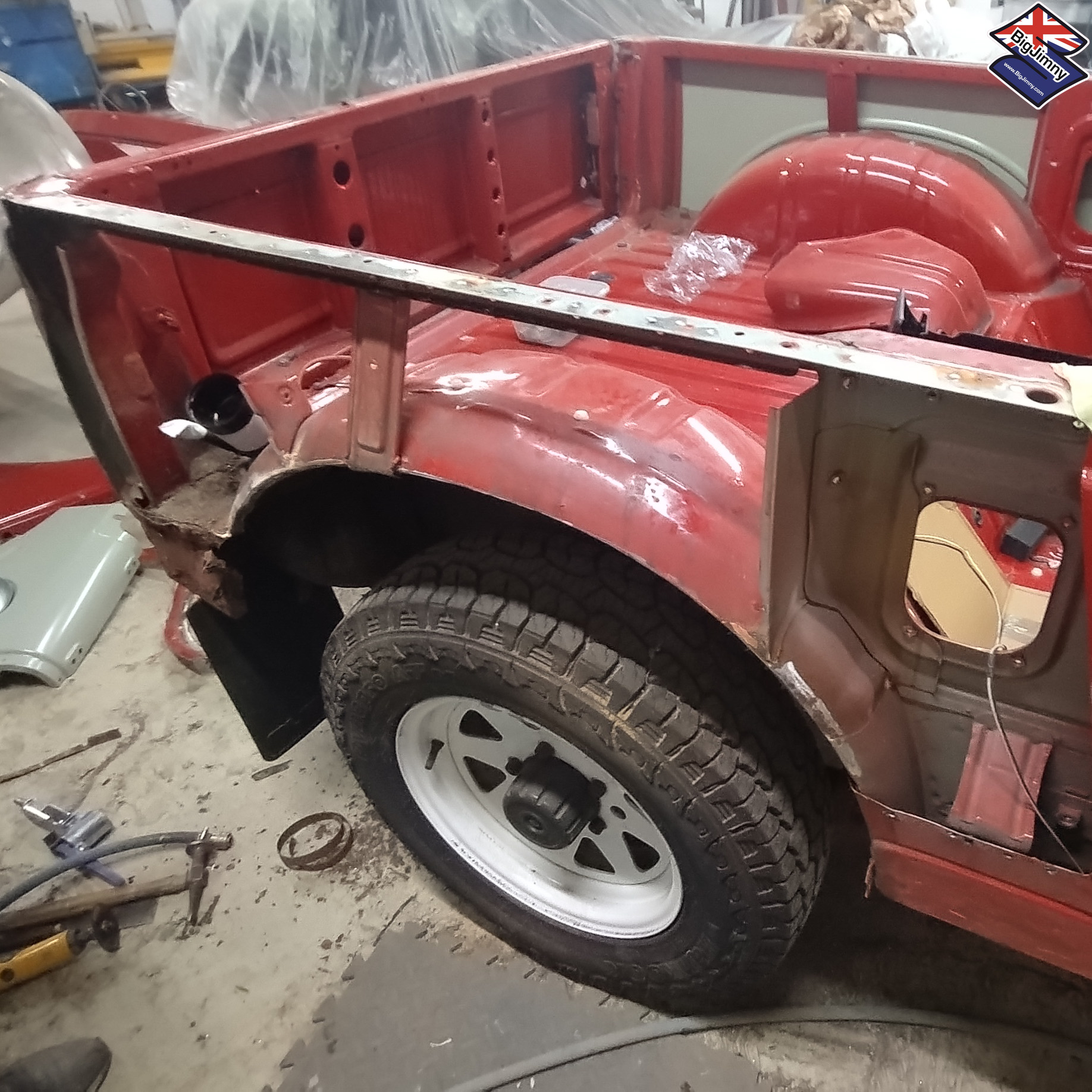 On the left you can see the wheel arch after the wing has been removed. This area is the part where the wing meets the wheel arch and is a key area of corrosion. On lots of rusty SJs you can sit in the rear seats and look down and see the wheel and road through the corrosion holes. James' SJ is not bad but this will take a bit of cleaning up to attach to the brand new wings with all the rust removed.

On the right you can see the rear wing on the drivers side. This has the fuel filler in it. The filler is brazed in-place and we have a new one to braze into the wing. The square hole at the right of the picture is where the seat belt fits. 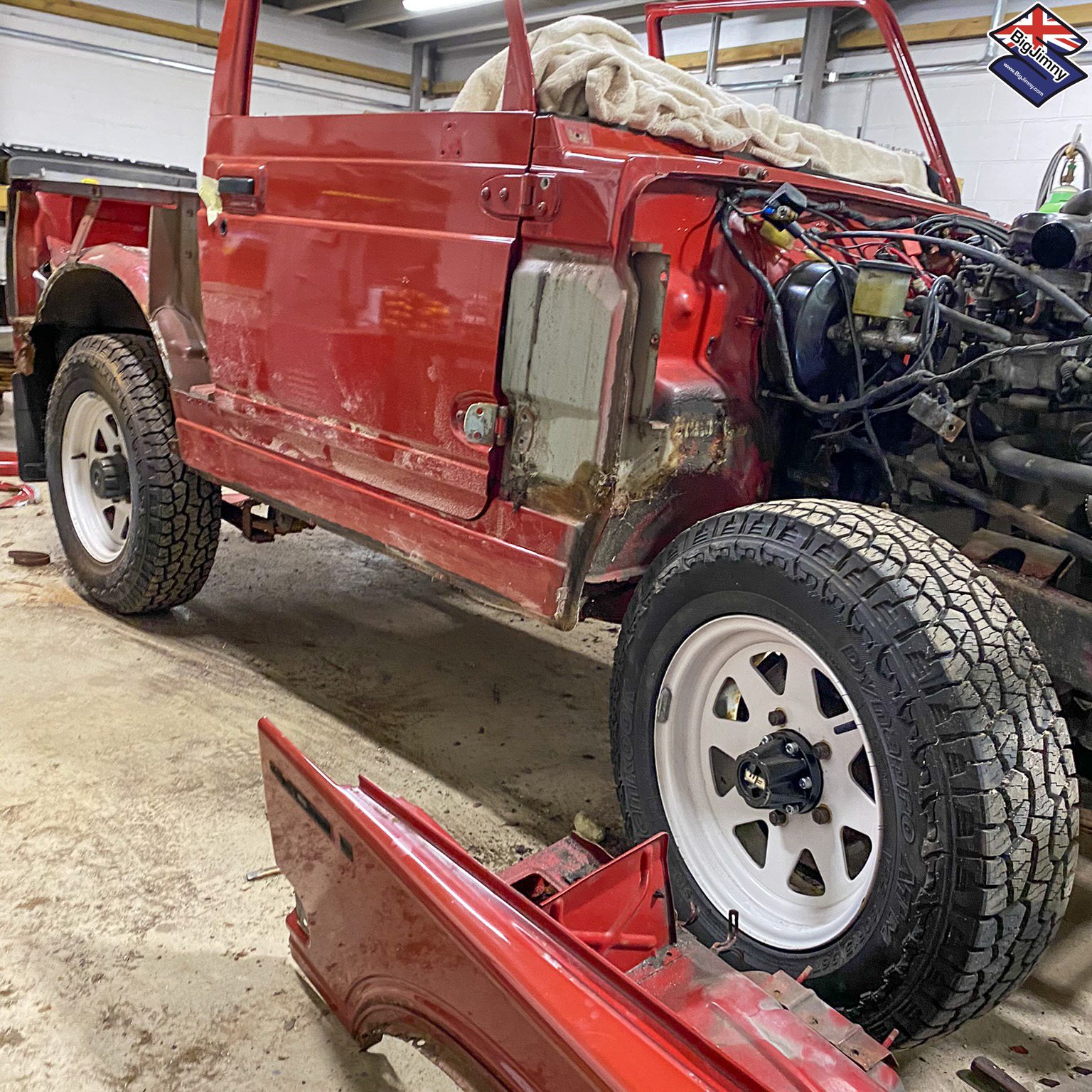 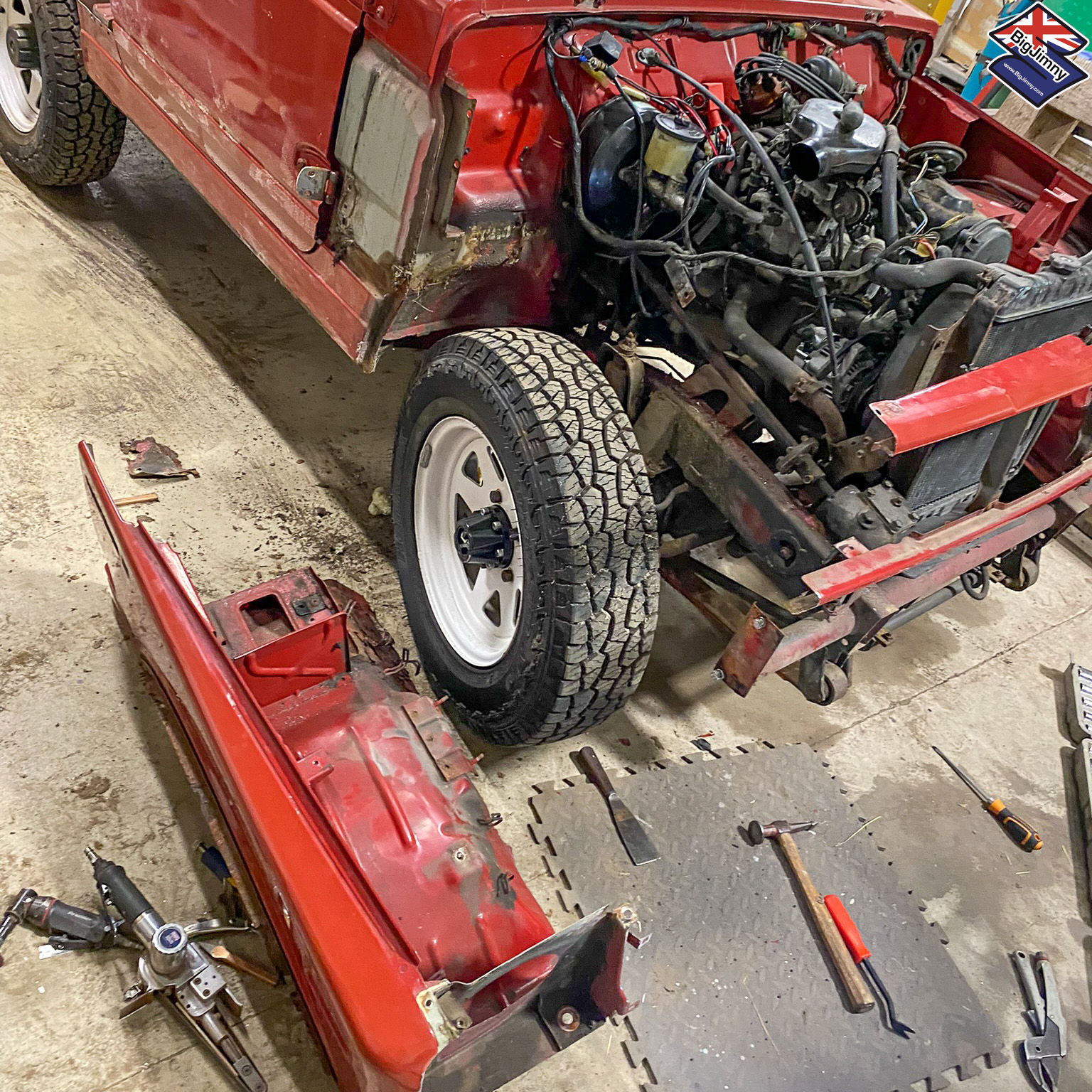 The front drivers wing then came off. This wing suffered either a brake fluid or battery acid leak as well as wheel arch rust so it needed to be changed. 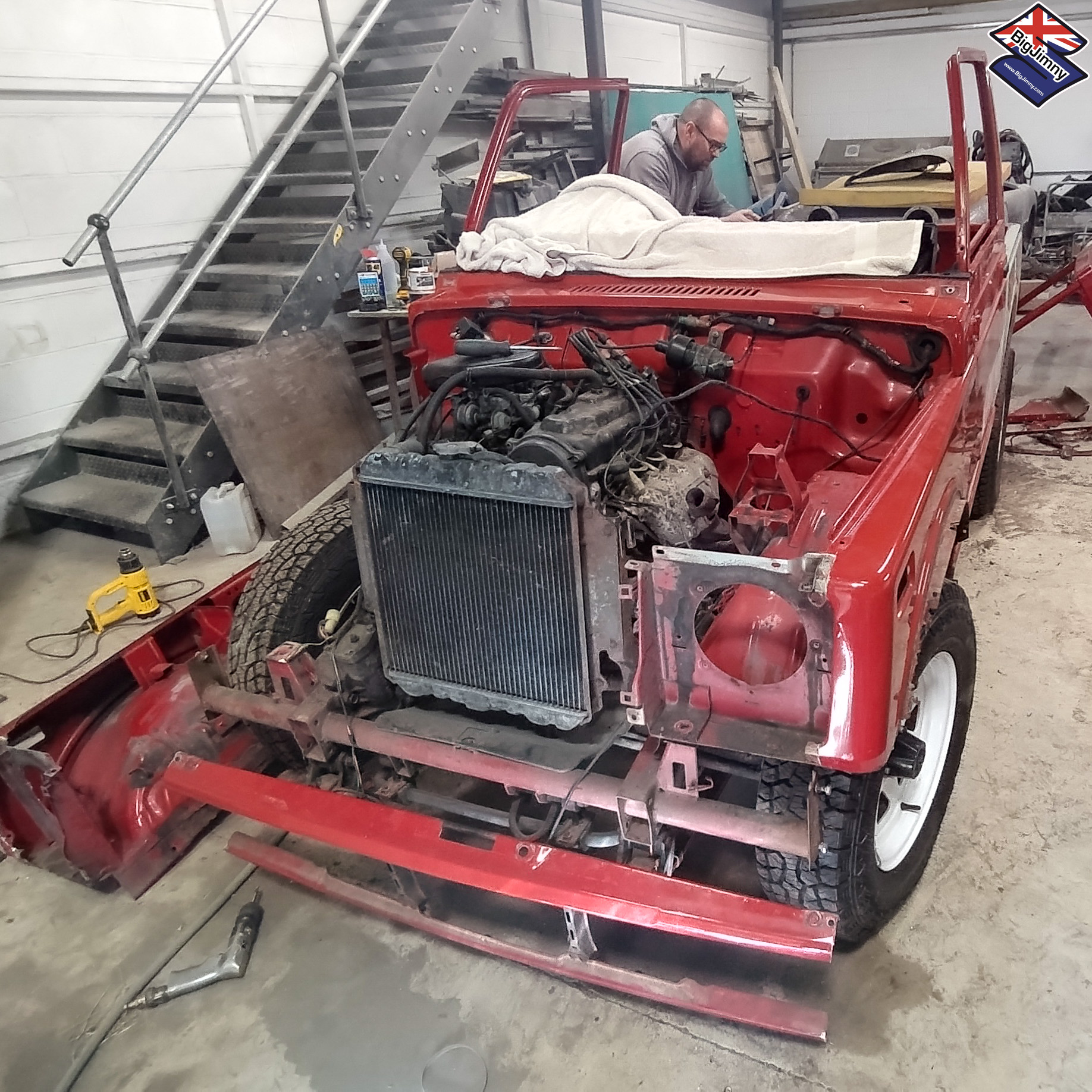 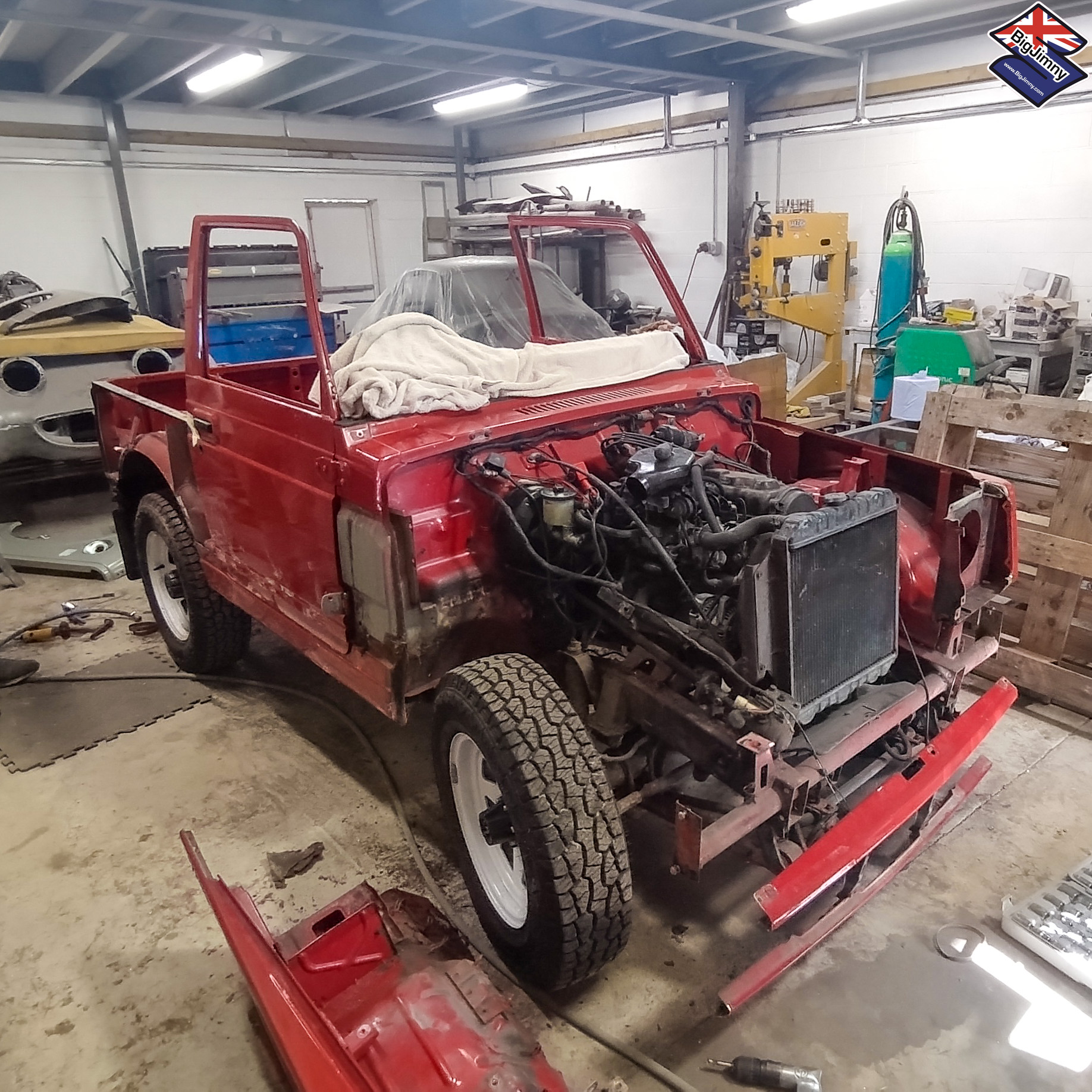 Here are some wider shots of the SJ. Looks a bit sorry for itself.

The doors, tailgate and front passenger wing are corroded on so they will be tackled in the week to come. They intend to weld nuts onto the screw heads and try and undo them with a socket. 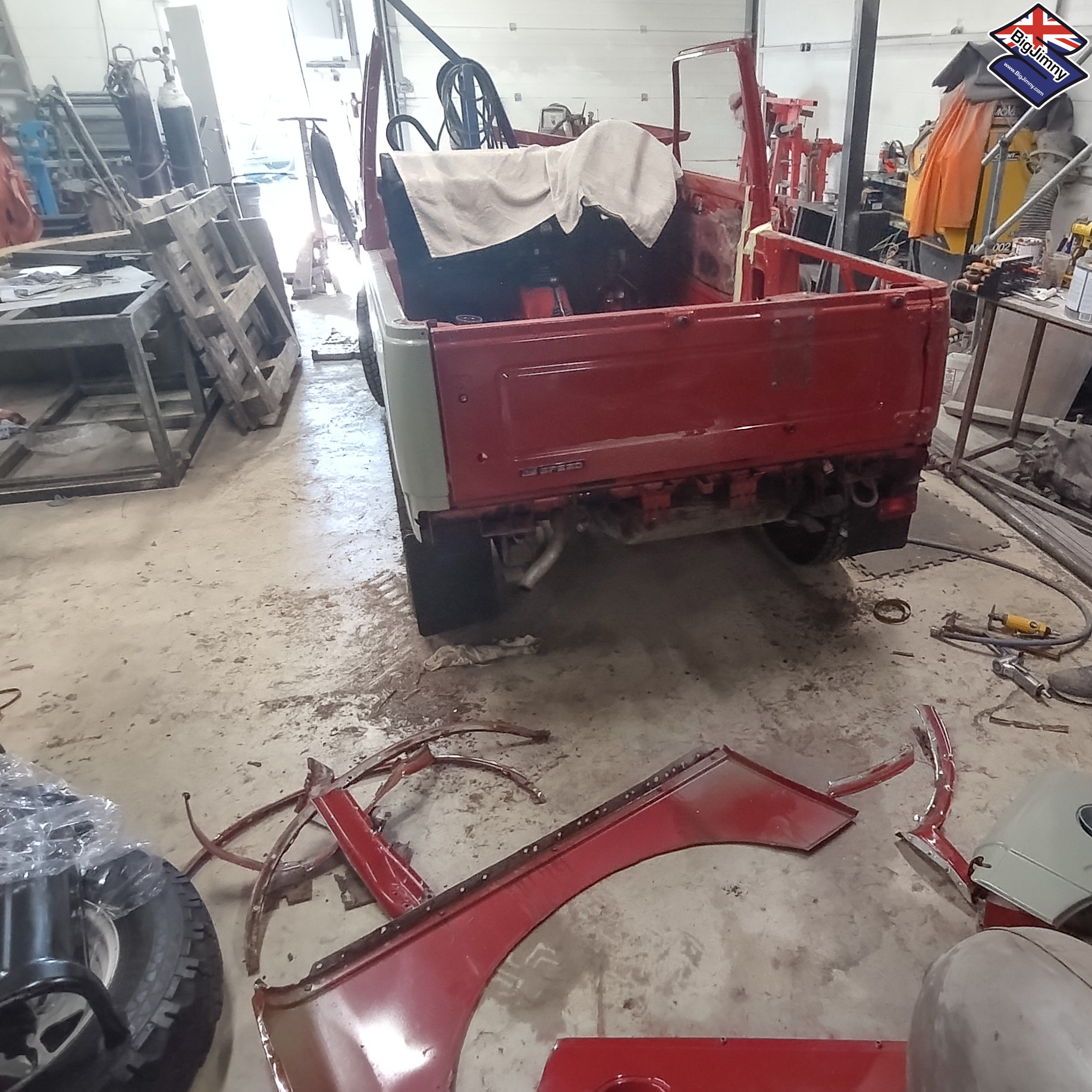 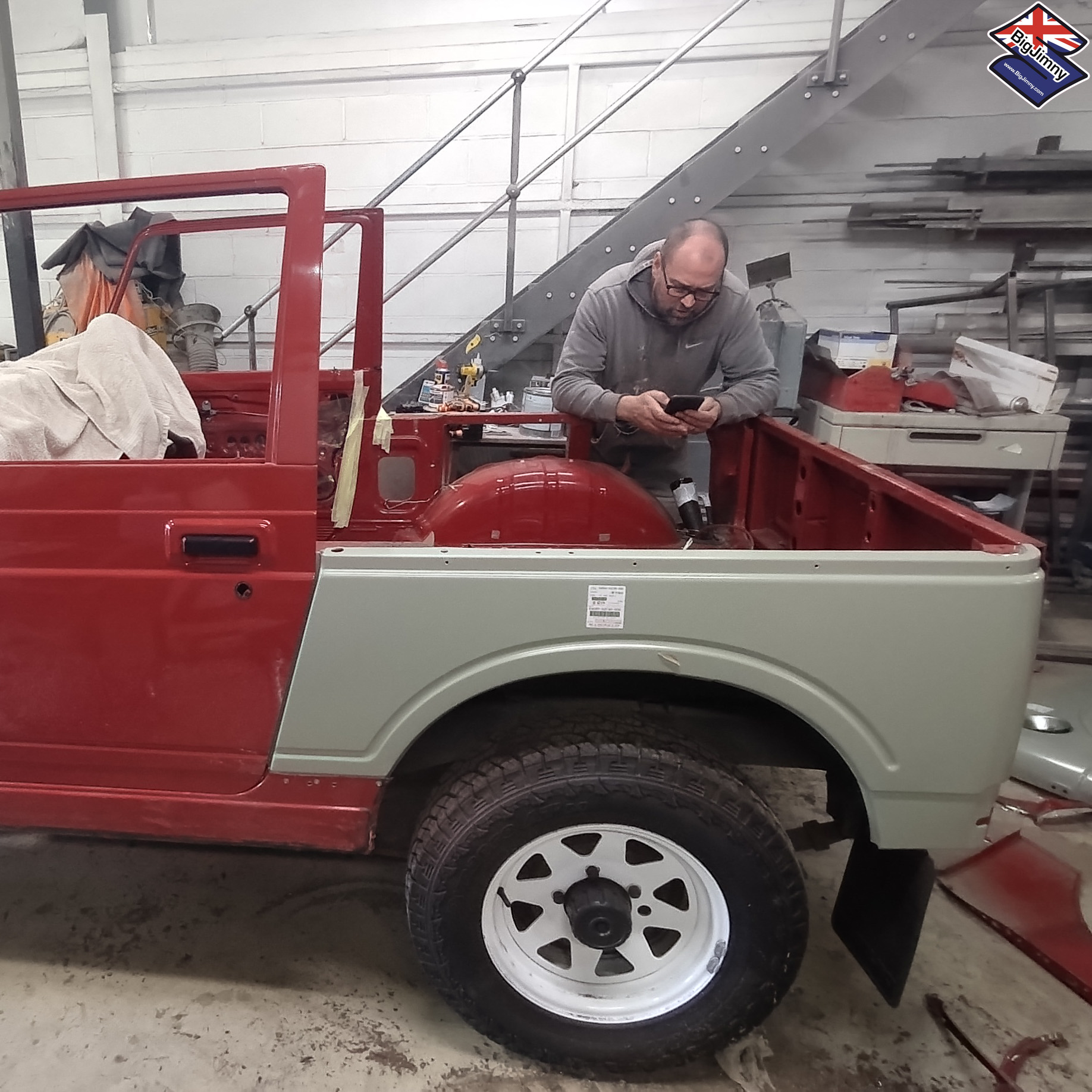 At the rear they trial fitted the rear wing just to confirm that it is correct, looking good! 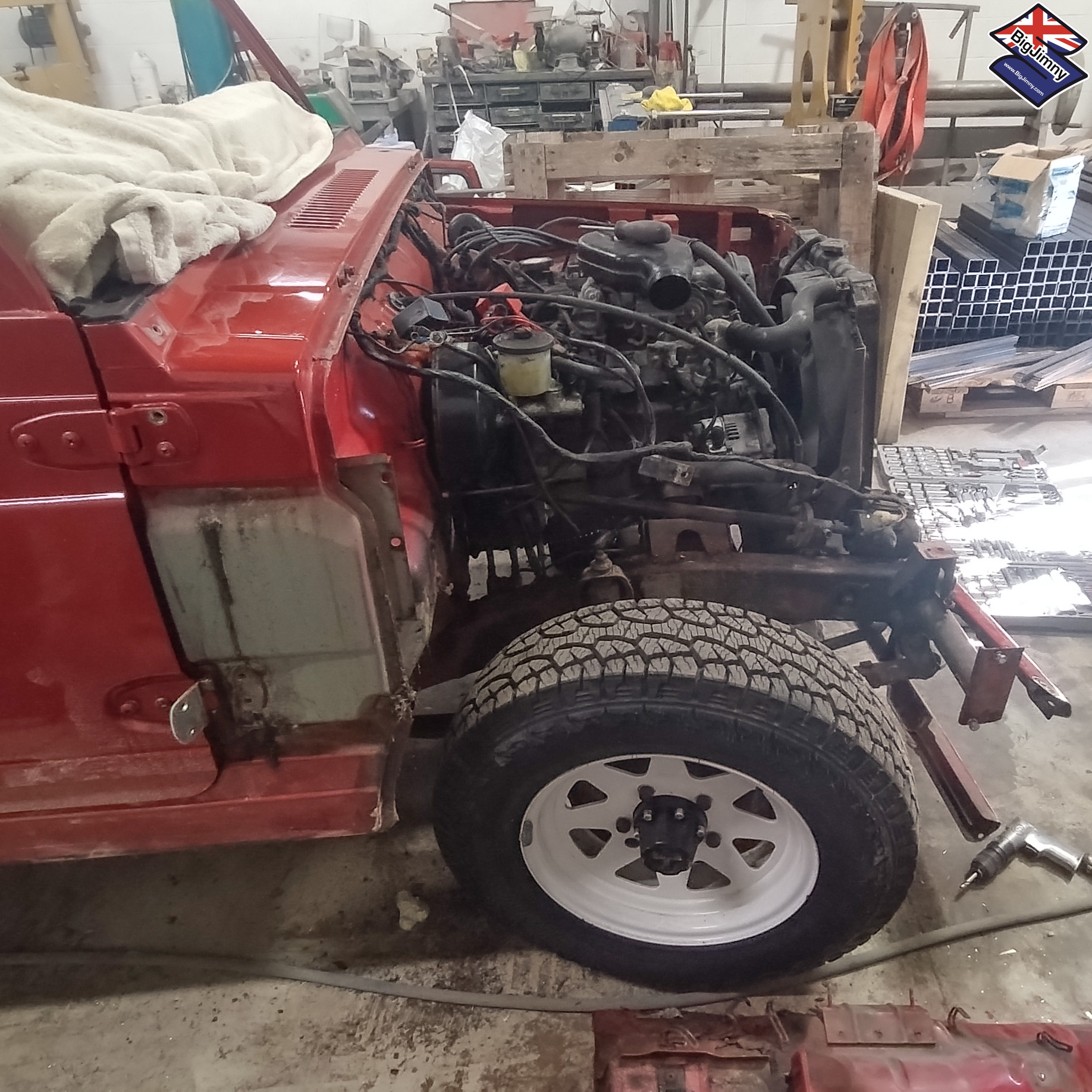 If you zoom in on this picture you can see the door hinge screws that have failed to come off :)