So having fixed the Offside Rear Shock absorber mount I (see HERE), I am now facing the failure of the nearside mount. Avid readers will remember that the Offside failed when the bolt unscrewed itself and fell off, stripping out the threads of the retainer on the way. I discussed this with other people and the believe is that the natural swinging action of the shock absorber loosens the bolt. I believe that on the Nearside mount the effect is opposite, with the bolt being continually tightened.

Over the weekend the Nearside rear shock absorber took a hit which finished off the rubbers inside the mount. I went to remove the shock absorber and found it impossible to shift the retaining bolt. Eventually the inevitable happened....... 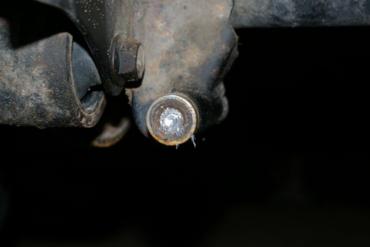 The bolt sheared off

Now the bolt is High Tensile Steel and so is a real pain to remove. In drilling out the previous mount I destroyed an electric drill and numerous drill bits.

It was recommended that I use a Cobalt based drill bit. Apparantly these need to be used slowly, kept cool and kept straight (otherwise they snap easily) and they should drill High Tensile Steel with relative ease.

So its off to the tool shop and on with the work.

I got hold of a 6mm Cobalt drill bit and pilot drilled a hole through the high tensile bot. The bolt is nearly 2 inches long so it took a lot of drilling (over two long evenings!).

I then got hold of a 12mm Cobalt drill and drilled the hole fully through. This was much easier than my orginal attempt on the other side using HSS drills. 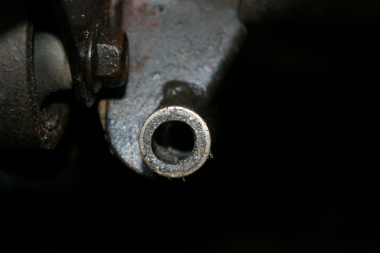 The picture above shows the drilled out mount, as you can see its not quite straight as it was very hard to start the drill straight into high tensile bolt. However it is good enough.

Once it has been drilled through I then used some A4 Stainless Threaded Rod to create a mount. The nuts and washers are also stainless and the Polybush style shock mount is from Bits4Vits 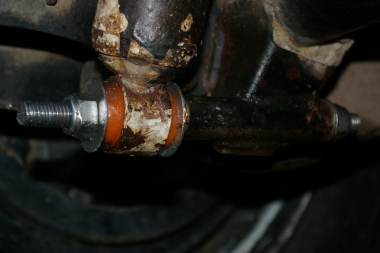 More posts from author
Friday, 12 June 2020 Fitting a lift kit to a Gen4 Jimny
Friday, 12 June 2020 Modifications and Upgrades to our Gen4 Jimny
Wednesday, 26 February 2020 Baofeng DM-9HX DMR
We use cookies to give you the best online experience. Please let us know if you agree to all of these cookies. Accepting the Cookies also accepts the Disclaimers for the website.
View GDPR policy Accept