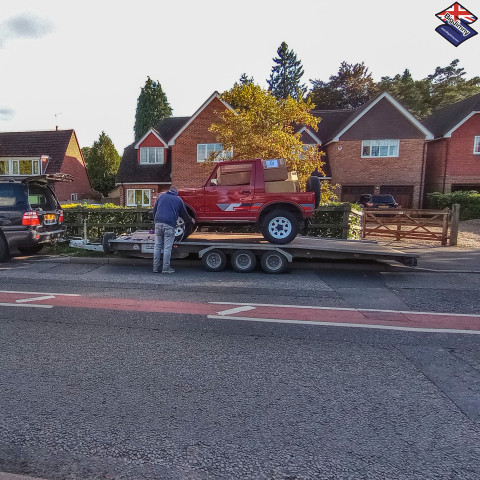 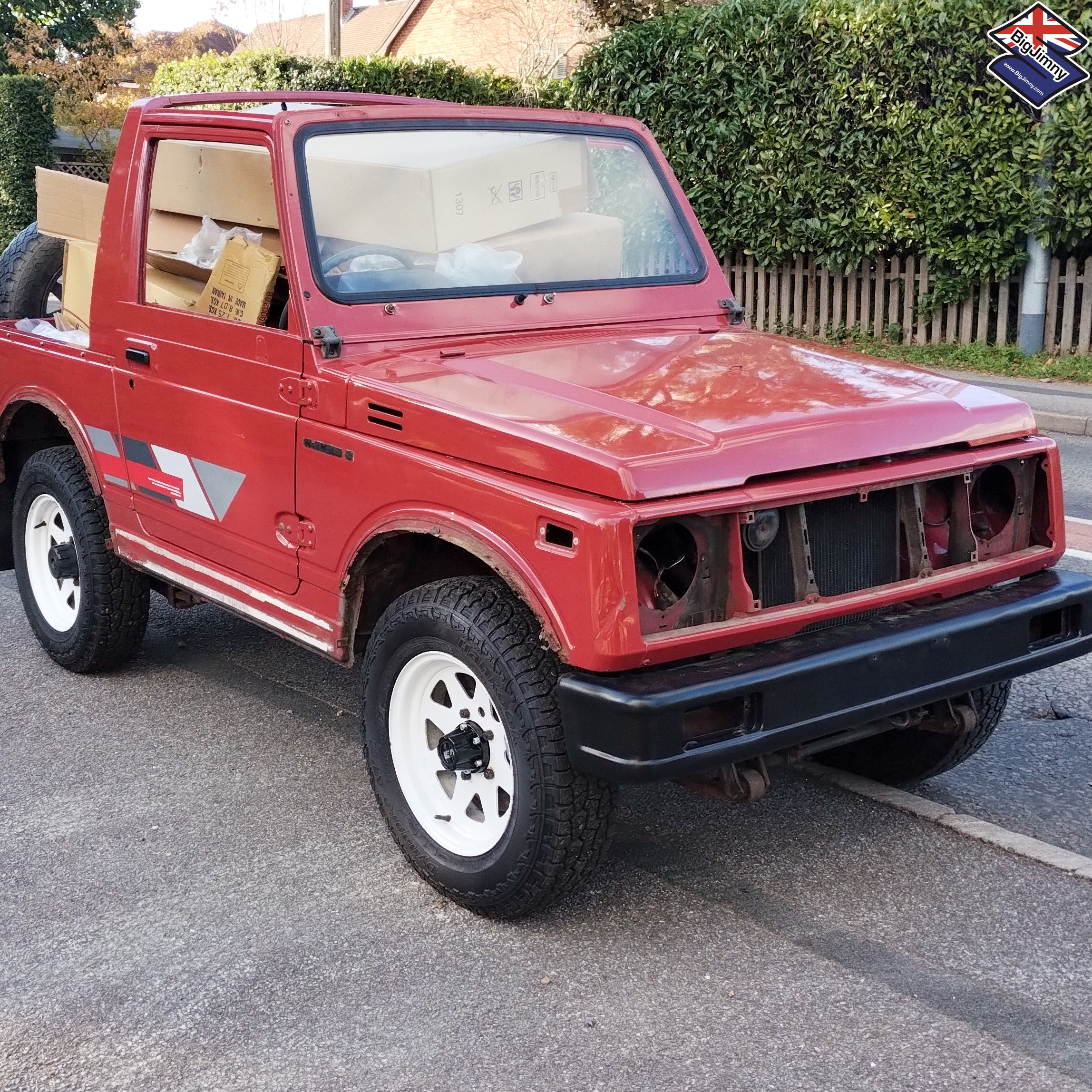 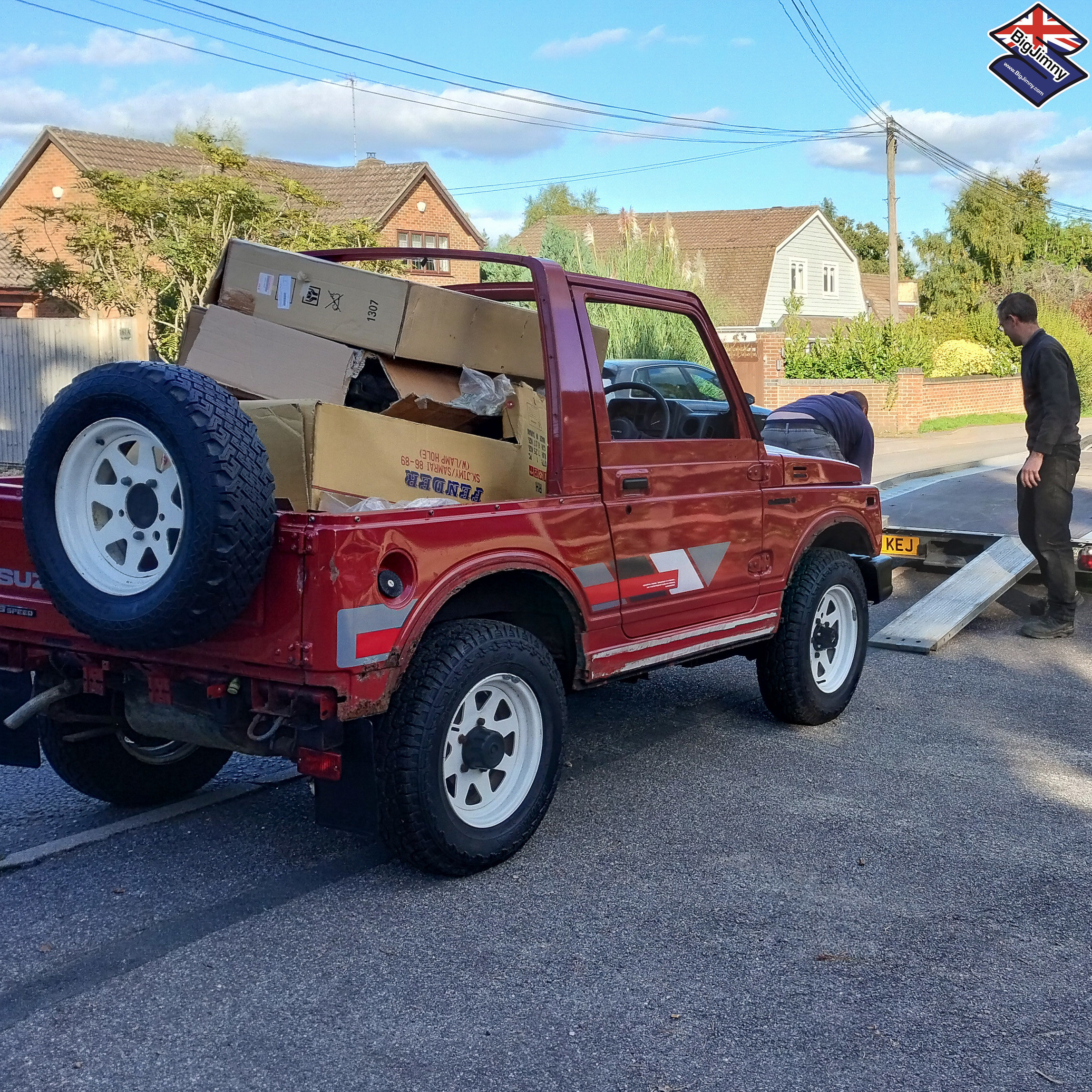 The restoration has started!

Winchfield Engineering has sent over the first batch of pictures from the work this week. If you recall, they asked me to strip as much as I could first so here is a reminder of where I had go to.

I had stripped off all the parts that I could easily remove including all of the interior apart from the dashboard and a few plastic clips used to retain the carpets etc.

The SJ was then loaded onto a trailer for the less than 1/2 mile trip to the restorers. 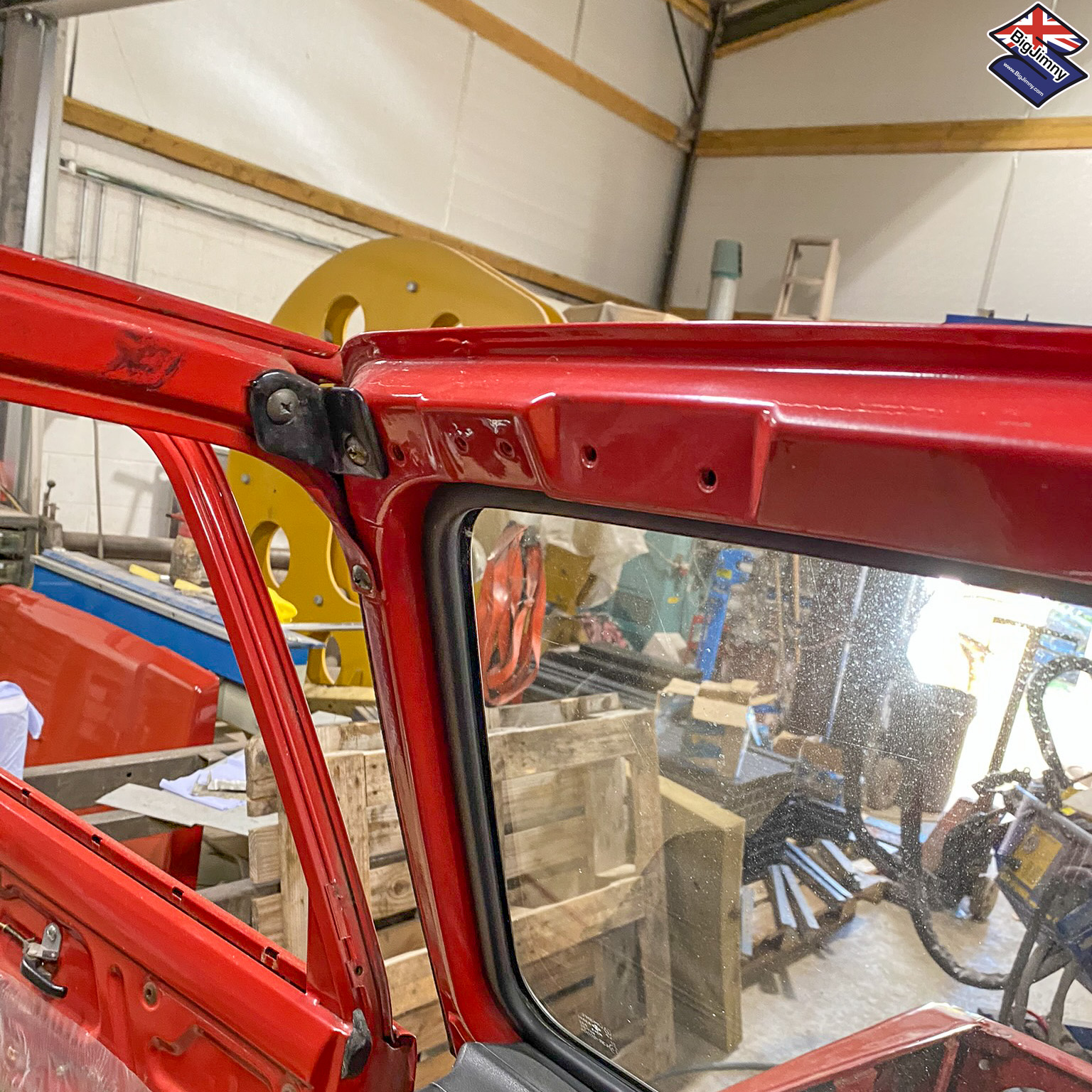 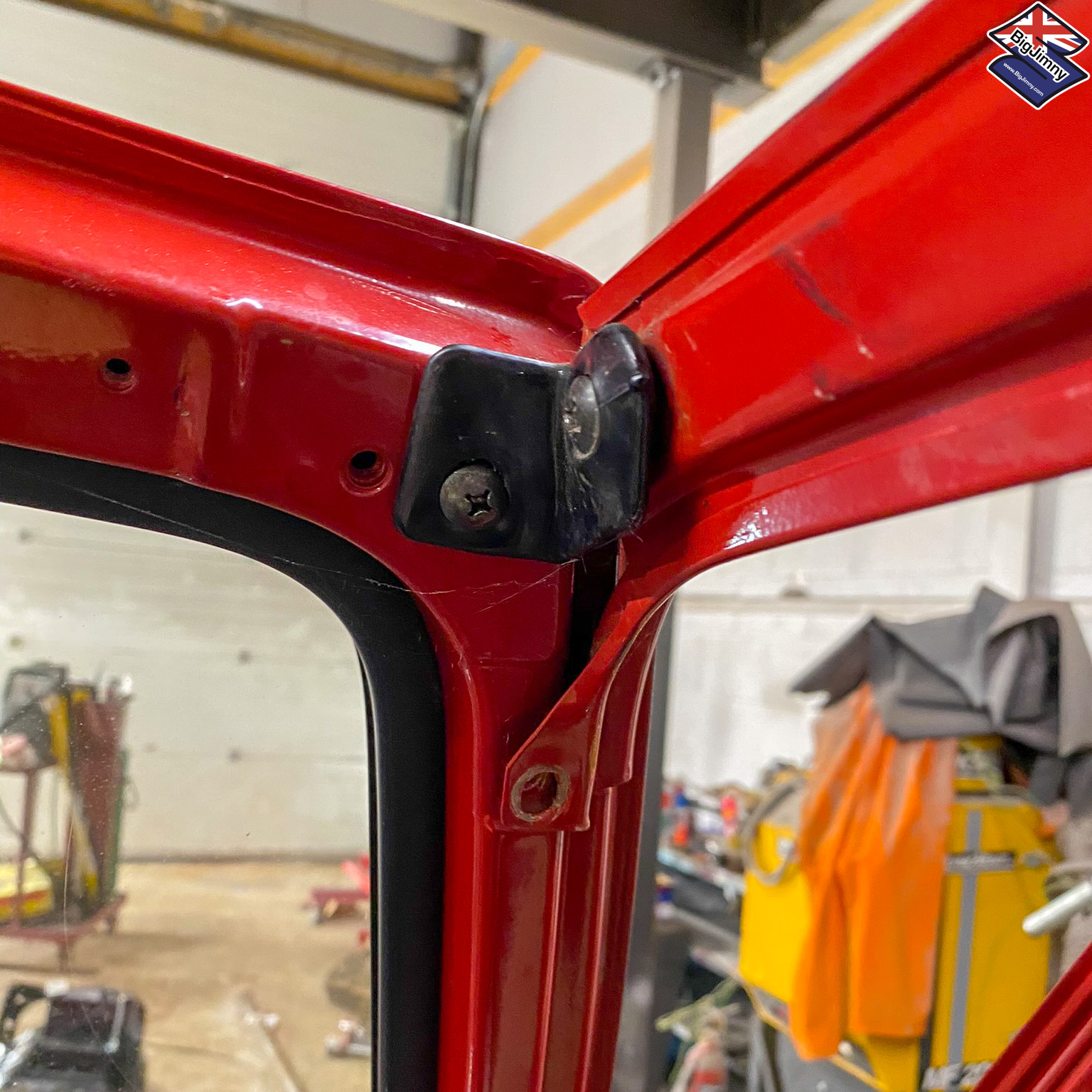 They started to remove the parts that I could not remove. The bumper was first, that was simple as I had only put a new one on a few weeks ago, I had left it on to make it easier to transport and it needs a proper coat of paint as I had only put on a quick coat to see it through the summer.

Next is the windscreen and roof frame. The windscreen on this folds down but it is so difficult to do as you have to remove so many set screws. These are not easy to undo at the best of times and I suspect 36 odd years on the car made them more difficult.

These corner brackets hold the frame to the windscreen. 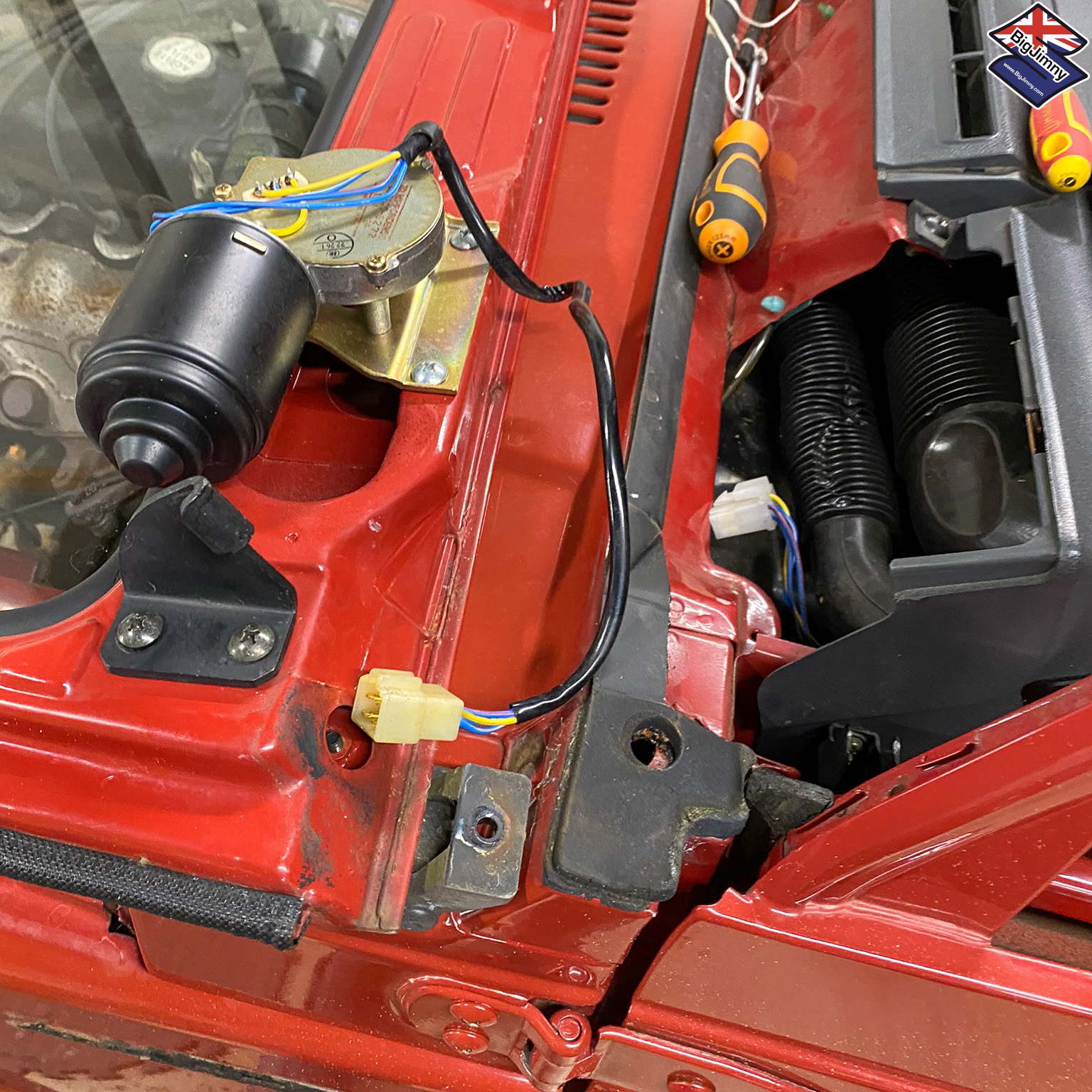 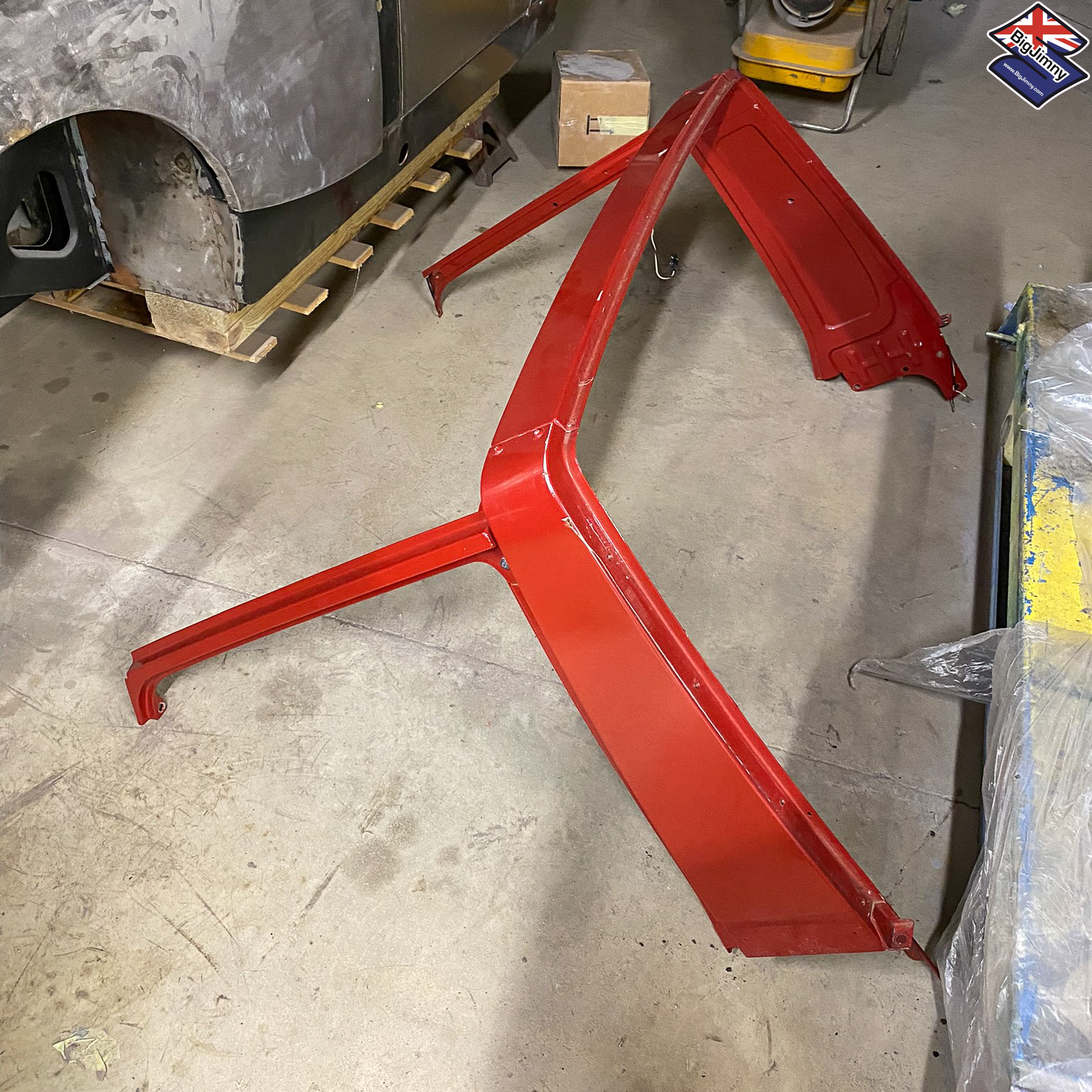 They lifted off the frame whole. I dont know if it will be stripped and sprayed off the car or re-assembled to spray the car whole, it will be interesting to see. 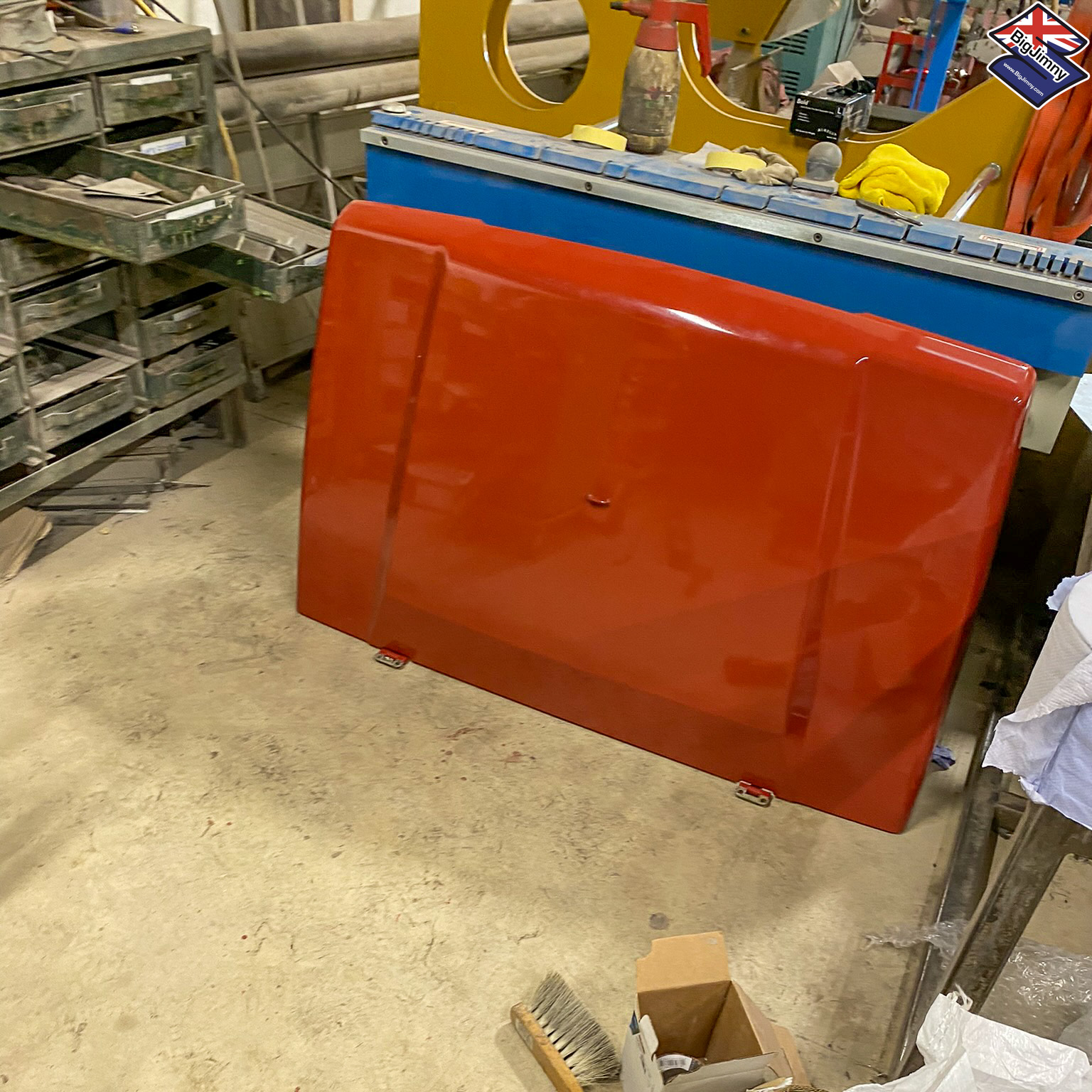 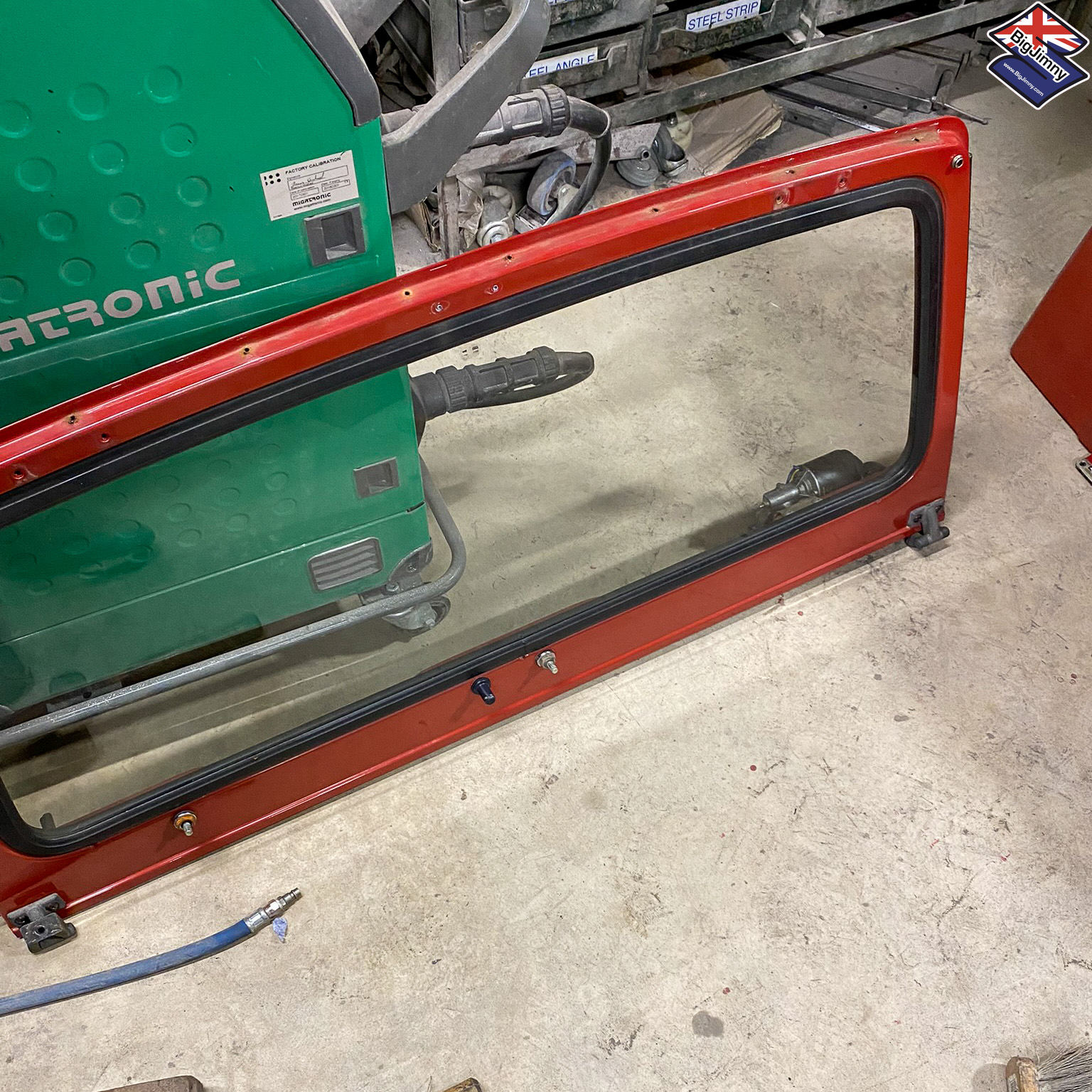 With the hinges undone, the whole screen can be removed. One item I did battle with myself was the tie-down hoop on the top of the winscreen frame as this had corroded on (you can just see the small holes where it used to be on the top centre of the frame).

Alst at this point off came the bonnet. 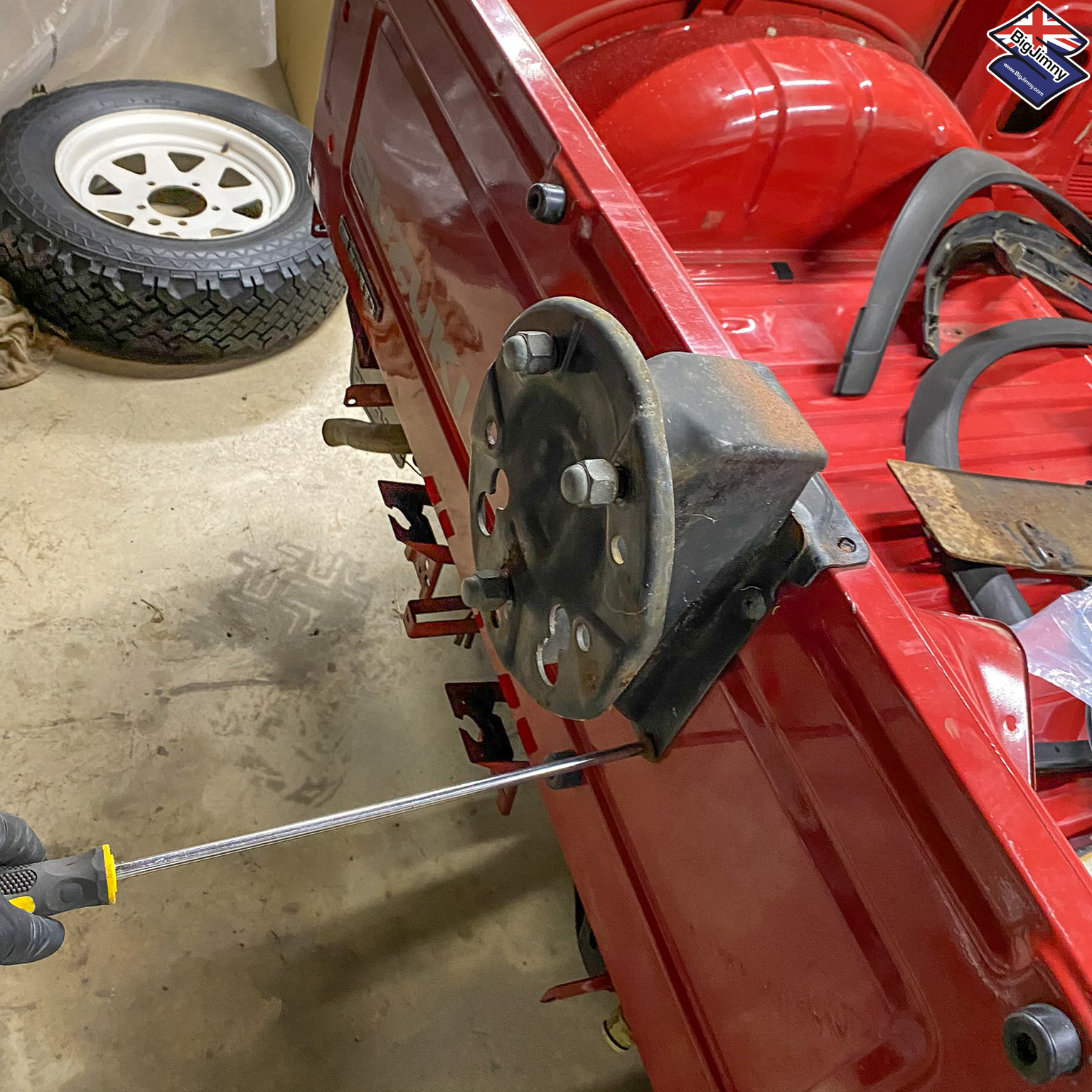 Finally for this post, its around the back to the spare wheel mount. This needs to come off, not just to allow the car to be painted but also to be blasted and painted itself.

Again this has some large M8 set screws to remove it, although in this case one had already fallen out or had been removed at one point.

Lil Red - SJ restoration - Moving on to the body tub