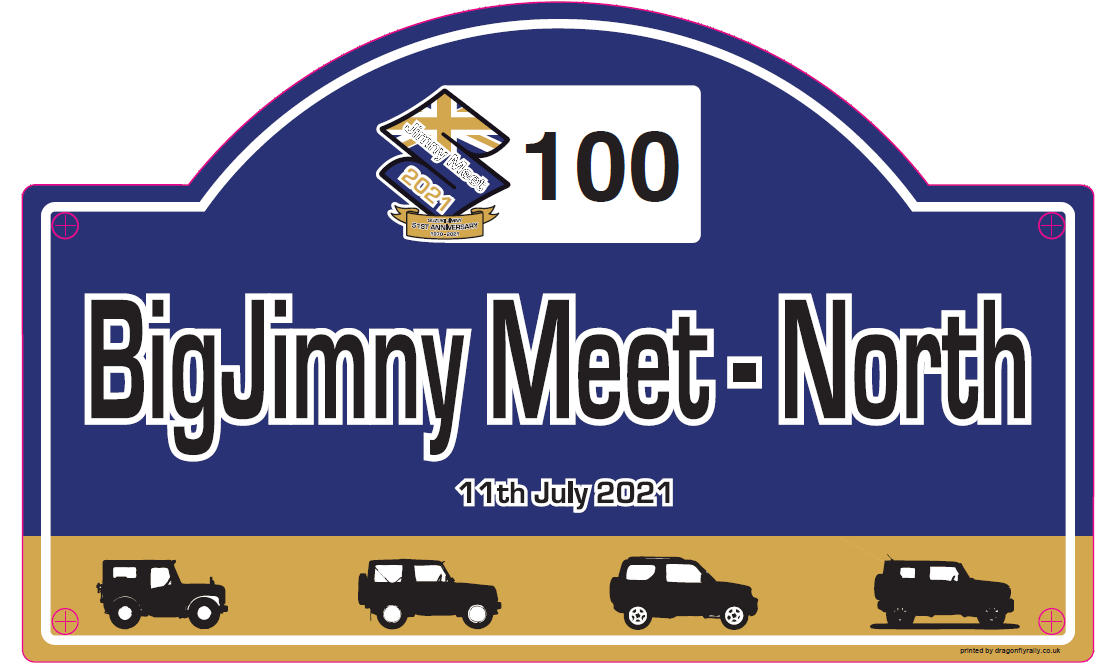 Its the big one! The 50th 51st Anniversary of the Jimny.

New - Special gift from Suzuki for the first 70 bookings!!

If you own a Jimny and off-road it then you will have found that on winter afternoons in a muddy wood it is difficult to see any of your recovery kit that is thrown in the back. Whilst visiting the local caravan shop for a couple I number plate lights I found just the answer.....

So the beginning of November saw the second outing of the Jimny, this time to Oxley's Shaw. This site is a small wooded site just to the west of Reading. The event was part of the the normal monthly calendar of events that TV4x4 operate but with the addition of fund raising for the BBC Children in Need appeal.

The site has developed over the past few years with a number of man-made hazards that have become increasingly difficult as the sandy soil gets churned by successive vehicles.

The event was a "Punch Challenge" that meant participants had to collect punches hidden around the site. Being a charity event the punches were particularly difficult to get to in order to raise "penalty" money for the charity.

What could be more harmless than an afternoons Green Laning on a warm October afternoon, partcularly as all the local lanes have been surfaced?

Well all except one and we went alone and we got seriously stuck!Â  This tiny lane http://www.streetmap.co.uk/streetmap.dll?G2M?X=470345&Y=165350&A=Y&Z=3 which is only a few hundred yards long has a "wet" section on a 90 degree bend - a wet section that hid a mud pit. We drove in thinking it was just a wet part of the track, lulled into a false sense of security by the simple surfaced lanes we had been along.

Fitting the spare tyre on the outside of the car meant I have to move the number plate and the number plate lights. Bad move! - it turns out that the wiring at the rear of the car is dreadful. The wiring is domestic mains cable (huge amounts of it with the spare cable coiled inside the rear door) passing through the rear door rubbers into the car. The wires are joined into the loom with spade connectors protected by Duct Tape and cable tied along the bumper. The water/mud has got into the connections and its all a complete mess and completely rotted out.