× A place for more technical discussions. Please make sure you post in the correct section on the site, this way it keeps the site tidy AND ensures you get a more relevant answer.

Less More
22 May 2020 22:59 #222692 by gundog48
Rotten Boot was created by gundog48
I knew for a while I had some rust in my boot of my 2001 Jimny, specifically the jack area, last weekend I decided I would cut out the effected area and patch it up. How naive I was. I first cut the area I knew I needed to patch, but it just kept flaking, and flaking until I had a Fred Flintstone sized hole in my boot. If I took a slag hammer to it, I could punch holes in most of it astern of the axle. There is rust all around the seatbelt mounts also. I need to get it up to have a better look at it (time to get some axle stands, I don't think a forklift is the answer somehow), but at a glance, the body appears to be rusted severely where it mounts to the chassis, which has me worried most of all.

Along with the fact I rolled this thing about a year go, I should really be looking for another car, but with a £2K budget, my options are... boring. I've done quite a few little mods to this which I like, especially the roofrack, and I keep coming back to the idea of repairing this. I don't think I've ever used the rear seats, and love the idea of a two-seater with a van-like back. So if I can fix it, I will just put a ply and checkerplate base down anyway.

Here's the state of it, I'll try to update with a picture of the chassis mount.

I was wondering if anyone had any experience on replacing this area, or could point me in the direction of an exploded parts view so I can understand how it all goes together better. Ideally I'd just like to replace it with some flat sheet steel and cut out the effected area, but I think the part may be too three dimensional to allow such a simple solution. Any pictures or drawings of this area stripped would help me understand it better.

Less More
23 May 2020 05:57 #222697 by Lambert
Replied by Lambert on topic Rotten Boot
If you use the search button above and ask for boot floor and rust there's quite a lot of images in various build threads and the like that will help you see what is what. It's a common issue with an older Jimny.
Dreadnaught (black 2011)

Less More
23 May 2020 17:11 #222748 by gundog48
Replied by gundog48 on topic Rotten Boot
Thanks, had a look at some of the others and it looks quite informative, now have a better idea of what I'm looking at. Here's a picture of the area that's really concerning me, around the rear chassis mount and wheel arch:

Less More
24 May 2020 10:53 #222771 by Jimny Dr
Replied by Jimny Dr on topic Rotten Boot
hi
gundog48
I've done a few of these now, we converted a jimny into a van a few years ago and worked really well.
but take all plastics out and rear bumper off to access it all.
we also took off the body mount rubbers and lifted the body away from the chassis to gain better access to the rear boot floor, makes the job a lot easier to do.
just ask if you need advise
the doc 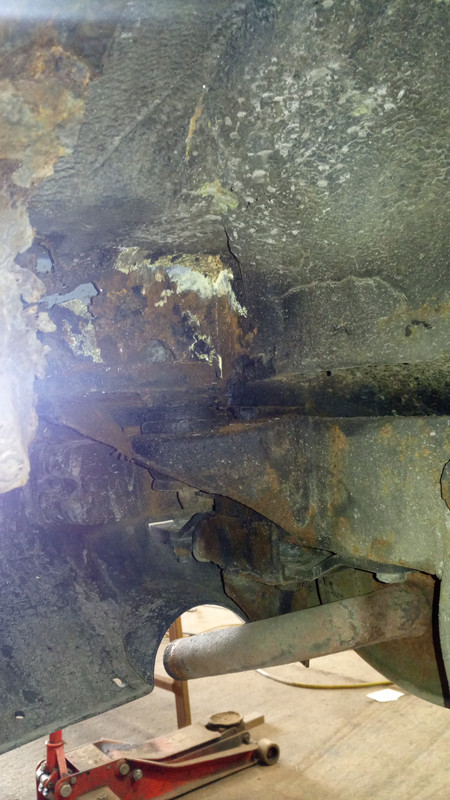 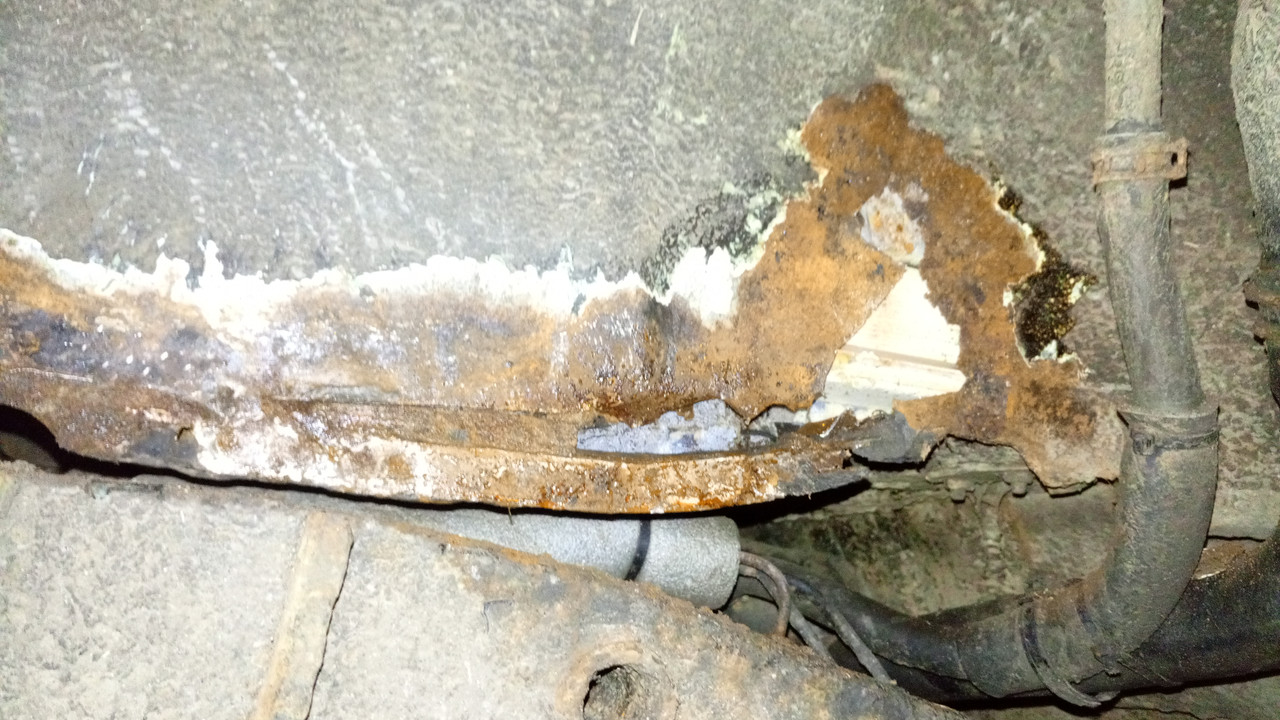 Less More
24 May 2020 16:37 #222791 by wilt
Replied by wilt on topic Rotten Boot
Hi gundog48
I have a SpringerSpaniel English,anyway iam about to undertake the job of removing the Rear Boot Floor Panel I've just recieved the genuine Part but looks like i have got to remove the old Panels Strengthening Braces & Nut Inserts for the Seat Belts bit of a pain really as I thought it would have come with them in place so I think it's a case of drilling out all the Spot Welds to remove them if you have any other info that you are searching for I would appreciate it if you could share it & photos would be great too
Regards