Less More
24 Dec 2020 10:51 #231157 by Roger Fairclough
Replied by Roger Fairclough on topic My 2019 Chiffon Ivory JB74 SZ5 - blog/mods/build thread -let the adventure begin
When you did your road test you had the supplementary grill fitted but have now reverted to the standard design. Did you have a problem?

One of my few complaints with the Jimny is the lack of USB and 12v power points. Thankfully this can be solved with this addition (from JimnyStyle).

It plugs into the existing 12v socket and in return gives you 2 x 12v sockets and 2 x USB ports. Plus retaining the factory USB port that you need to connect to the stereo.

Now I have somewhere to plug a radio in (CB/PMR446) I'll be sorting something out. 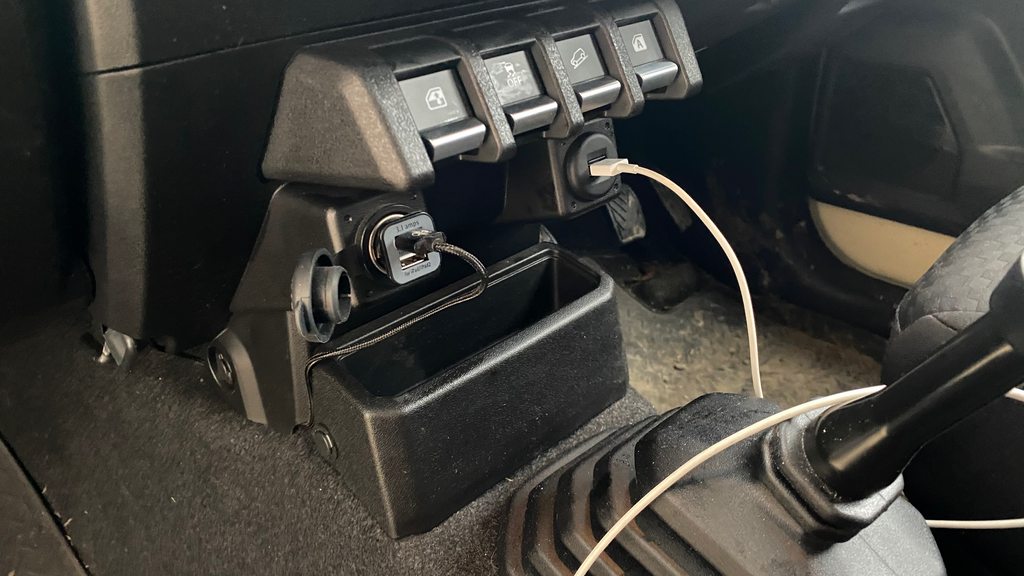 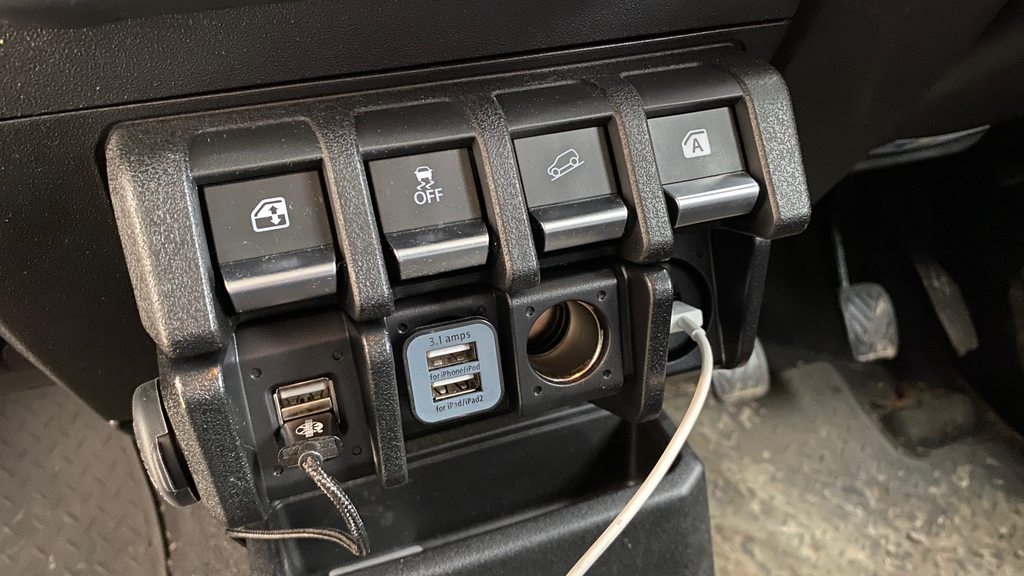 The following user(s) said Thank You: Chalky the Jimny

I actually had a job to do and was out in the Matbro delivering water when it came down. 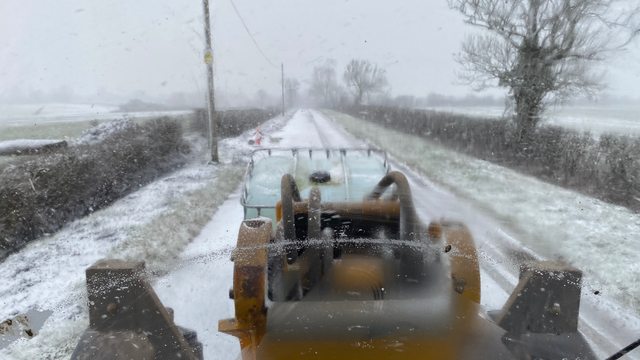 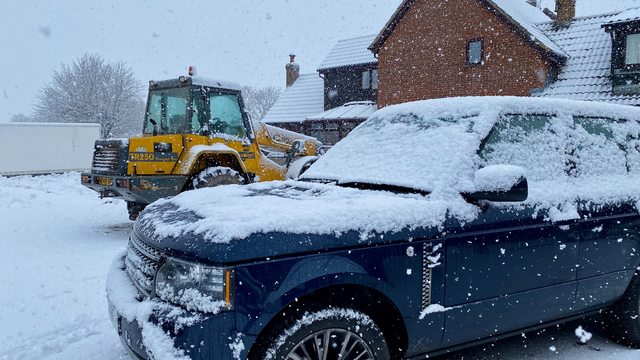 By the time I left the road was nicely covered. Sadly lots of complete and utter idiots about, but made it back safely enough. 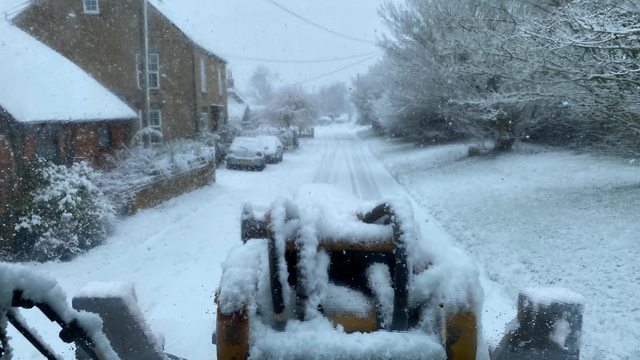 It really felt like it would go anywhere with ease. And did so. 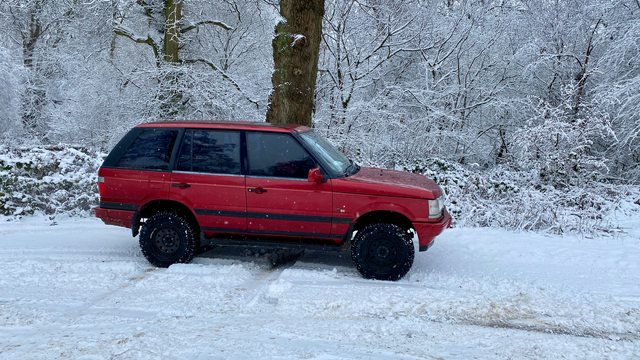 But I was keen to try the Jimny out in the snow too and the Maxxis Wormdrive tyres. But I had to wait until the next day.

Despite the snow being quite wet and great for snowballs and snowmen, the overnight low temps meant it had frosted by this morning and gone much more brittle. And a lot more icy. Sadly, most of the snow on the roads had also gone. Bar some side roads. But there were icy patches and slush about.

As a long time Land Rover owner I've always been used to permanent 4 wheel drive. Where you can run between tarmac and slippery sections without needing to do anything. The Part-time 4 wheel drive in the Jimny does require a bit more driver intervention in switching back and forth between 2-Hi and 4-Hi. And if left in 2-Hi you do feel somewhat less confident in it.

That said it still went brilliantly. And the tyres impressed too. It would have been nice to get a full back to back with the MT51's on the Range Rover. But I'd say they are close, with the edge to the MT51's on snowy roads.


I did however get chance for a bit of a play off road.

Some mud was showing by this time. But still quite a lot of frosted snow. Here the Maxxis Wormdirves simply surpassed expectations. I know the TCS on the Jimny helps and is brilliant in its own right too. But the entire combination was unstoppable... pretty much. Very very pleased with how it went and also pleased with my choice of tyres. I wouldn't not expect an AT to be able to perform so well in such conditions. 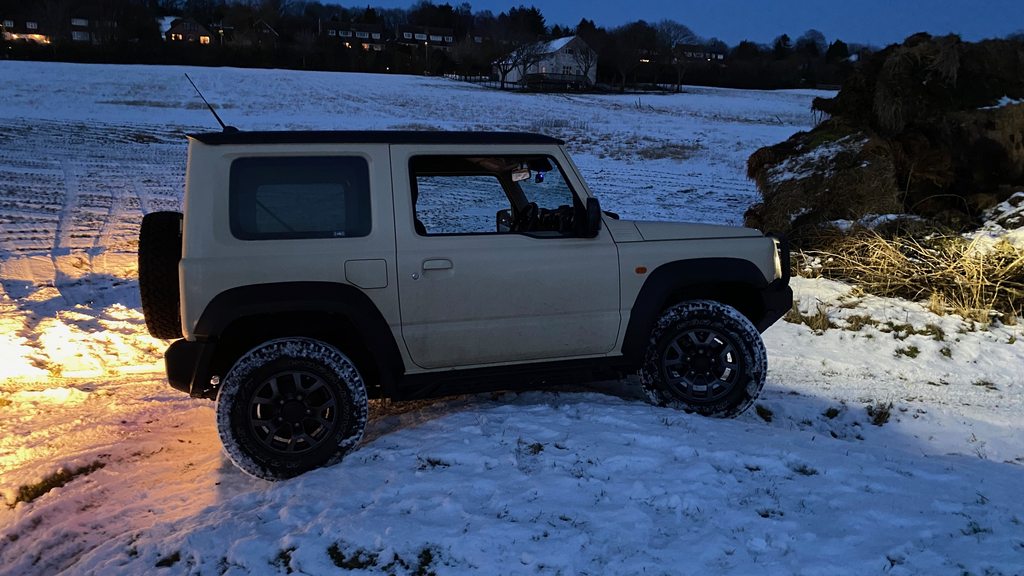 My brother had his Trail Hawk out too, he is running winters. Hugely capable too, although somewhat less sure footed on this terrain in these conditions. And the tyres while great on road could clearly be seen working less well than the All Terrains off of it.

That said, for the comfort and on road ability of the Trail Hawk with its all independent suspension, I find it in many ways more impressive than the new Defender as an all round capable vehicle. 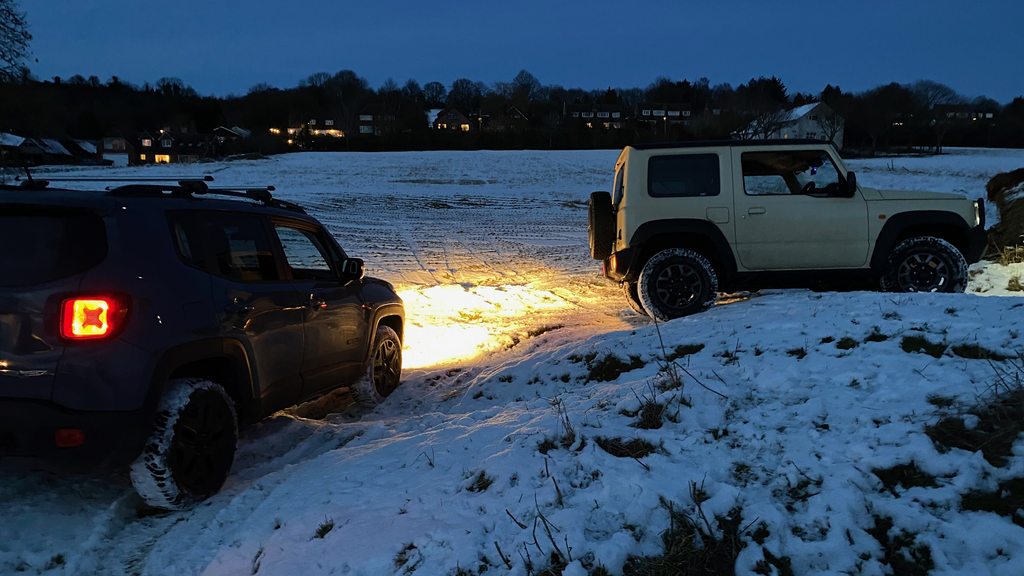