Apr 08 Posted by Guest in Heaven Can Wait
...... before Les left on his crazy journey.

The journey is broken up into stages. Les is the only one driving the entire journey, for the rest of the journey he's joined by various other old geezers. All these old geezers have got together on numerous occasions, discussed what sections they want to drive, trained together in the art of tent erection, first aid etc (we still wonder if they'll give each other the kiss of life when it comes to it) packed the Jimnys, test driven the Jimnys, chewed the fat over the whole project and until the night before Les left no one (not even me -Maureen) knew he had 26 days where there were no other old geezers driving with him. It was just Les on his own!! He had kept that very quiet, I had been asking him for probably two weeks prior to them leaving who was doing each stage and he kept telling me it was all covered.

Unbeknown to the rest of us he had arranged a hungarian driver to drive the other Jinmy for these 26 days. They'll be driving from Budapest all the way through to Novosibrisk entirely on their own. That's Budapest in Poland, through the Ukraine, into Russia, out of Russia into Kazakhstan, then back into Russia again.

Needless to say Vi (Les's wife), Carol (his Daughter) and myself had a panic!! Â How could he have kept that to himself, why didn't he tell all the rest of the guys that no one was covering that section?? Why didn't he tell me so I could put it out there and see if there were any other old geezers mad enough to take the challenge?? The problem at this late stage is, it is impossible for anyone else to get their injections, visa's weren't a problem they can be obtained pretty quickly. What to do?? Â Should we do anything?? Â Les went off happy enough with his own arrangements should we interfere?? Â Of course we should we were worried.

We spoke to the guys already driving the other stages, but they couldn't do it, they asked around to see if they knew anyone else crazy enough to do it without worrying about injections etc but we came up empty handed. Â All the while Les is still saying he's perfectly happy with the arrangements he's made. Â We had one last shot ....... the cameraman Gary, who joined at the last minute had no reason to rush home from Budapest so lets ask if he can stay on.

Yes he could BUT. 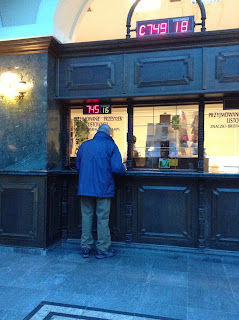 His passport will run out before they got to Novosibrisk. The backup team (Me, Vi and Keith) envisaged our input would calm down after they left ..... NO .... it's increased 10 fold!! Â MEN!!!

So we set about organising, through Tayfun at Scott's Travel, how we can get Gary's passport renewed and get the relevant visa's before they're due to leave Budapest on April 14th. To do this we're relying of the guys to fill in paperwork, organise photos and find a post office in Poland where they get it all Fed exed back to the UK. Well surprisingly enough they did manage to do MOST of it ...... they forgot to put Gary's Passport in with all the paperwork ...... we thought it might be to good to be true!! 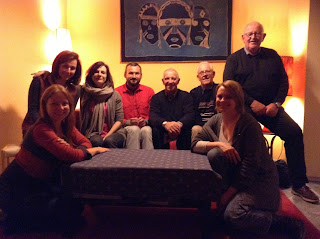 In the mean time, they've met up with the Hungarian driver and everything is organised. Â So what do you think about all that????

Driver, Max, in the red shirt, looks very nice in the video they took of him.

Next blog we'll let you know if we manage to pull off a miracle and get Gary a new Passport and visas before April 14th.

Original link
Original author: Les Carvall
Heaven Can Wait I'm Busy 2012/2013
PRINT
We use cookies to give you the best online experience. Please let us know if you agree to all of these cookies. Accepting the Cookies also accepts the Disclaimers for the website.
View GDPR policy Accept